Roman Szczur: the story of a Polish hero who fought against the nazis and the communists

In 1939 Nazi Germany and the Soviet Union invaded Poland after the secret pact signed by Hitler and Stalin to divide that country.

The history of Poland was marked by these two totalitarianisms, and many Poles fought them both. It is the case of the protagonist of this story. Roman Szczur was born on August 15, 1910 in the Roszka Dwryckie Colony, near Zamość county. The son of Antoni Szczur and Agata Socha, Roman did military service between 1931 and 1932, after which he decided to continue with military life, entering the Central School of the Border Protection Corps in Ossowiec. In September 1933 he was assigned as a noncommissioned officer to the 52nd Infantry Regiment, based in Złoczów, in southwestern Poland. 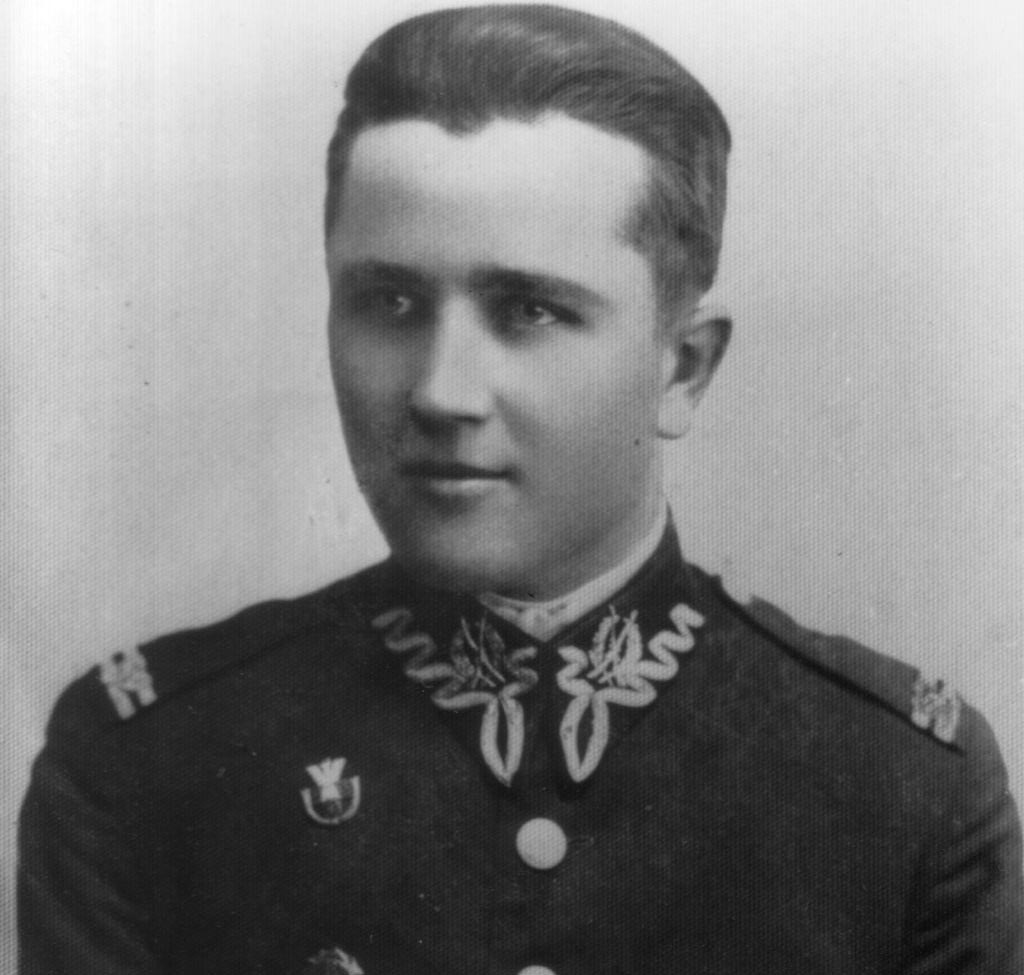 His move to the Polish resistance against the Germans

Roman was taken prisoner by the Soviets in the invasion of September 1939. He managed to escape when they were taking him to Siberia and managed to return to Poland, forming in Udrych a Polish resistance group composed of young people and operating in the county of Zamość, a German-occupied area of Poland. From there he dedicated himself to carrying out sabotage actions and hiding people wanted by the Gestapo, as part of the Armia Krajowa (AK, National Army, the main Polish resistance organization). His clandestine activity included the training of AK recruits and nurses. For his merits in the combat against the German occupiers, the AK awarded him the Cross of Valor.

A 'Cursed Soldier' of the Polish anti-communist resistance

When the Red Army occupied Zamość in 1944, its inhabitants began to suffer a new wave of repression. Many members of the Polish resistance loyal to the Polish Government in exile were persecuted, arrested and many of them assassinated by the Soviets. For this reason, an important part of the Polish resistance was forced to continue its fight, this time against the USSR and against the communist dictatorship that Stalin established in Poland. Like many other former AK members, Roman became part of the Wolność i Niezawisłość (WiN, Freedom and Independence) movement, which aimed to combat the new invaders of Poland. The members of this anti-communist resistance are known as the "Cursed Soldiers", for having been the object of discredit during the years of the communist dictatorship. 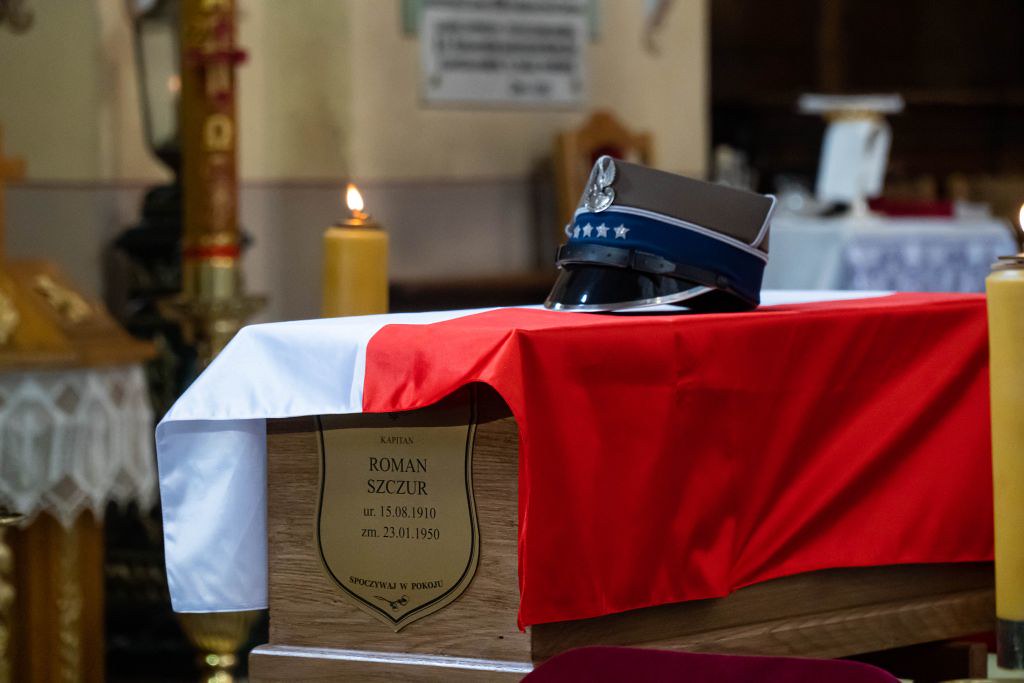 After hiding in Zamość, in this new stage Roman devoted a large part of his activity to freeing members of the Polish resistance and other political prisoners detained by the Soviet NKVD and the Urząd Bezpieczeństwa (UB, Security Office) from the Polish communist dictatorship. Assigned to the WiN district in Lublin, on May 8, 1946, he carried out his most outstanding action when the unit under his command freed 301 prisoners. A month later, about to be arrested and after the arrest of his mother in Lublin, Roman resigned from his command post at WiN Lublin and left for western Poland.

His arrest and murder at the hands of the communist UB

In 1947 Roman was one of the members of the Polish resistance who availed himself of the "amnesty" granted by the communist dictatorship, which treated them as if they had been dangerous criminals and often described them as "bandits". Between 1947 and 1948 Roman lived in Lower Silesia, later settling in Strzyżewo. In these years he continued to maintain contact with former comrades from the AK and the WiN. The communist repression against former members of the Polish resistance led Roman to go underground on March 11, 1949, with a requisition action to help the AK and WiN members persecuted by the UB and their families. On March 28, when he was waiting to catch a train, Roman was arrested by officers from SU el Leszno, accused of robbery and of storing arms and ammunition. 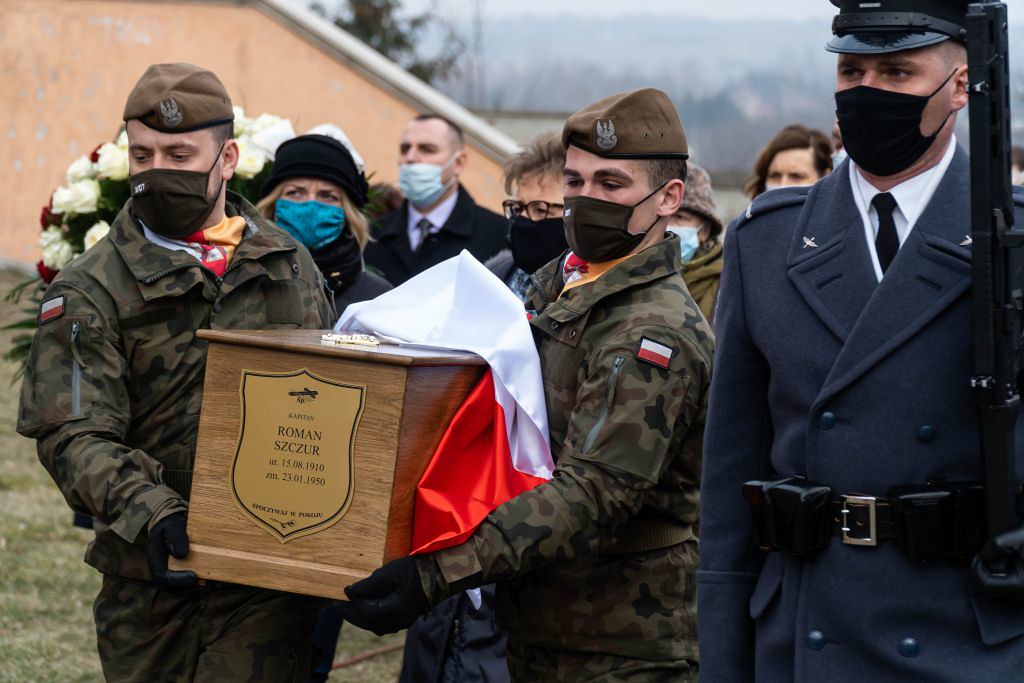 Roman was subjected to a summary trial in which the Wroclaw District Court sentenced him to death. On January 23, 1950, he was shot to death in the Kleczkowska Street Prison in Wrocław. His remains were buried without any inscription in an undisclosed location, and were not discovered until November 2011 in the Osobowice Cemetery.

After a long identification process, a memorial funeral was held in Radecznica on March 4, 2021, during which Roman Szczur was posthumously promoted to the rank of captain and decorated with the Order of Poland Restituta, being buried in a crypt with other AK soldiers. 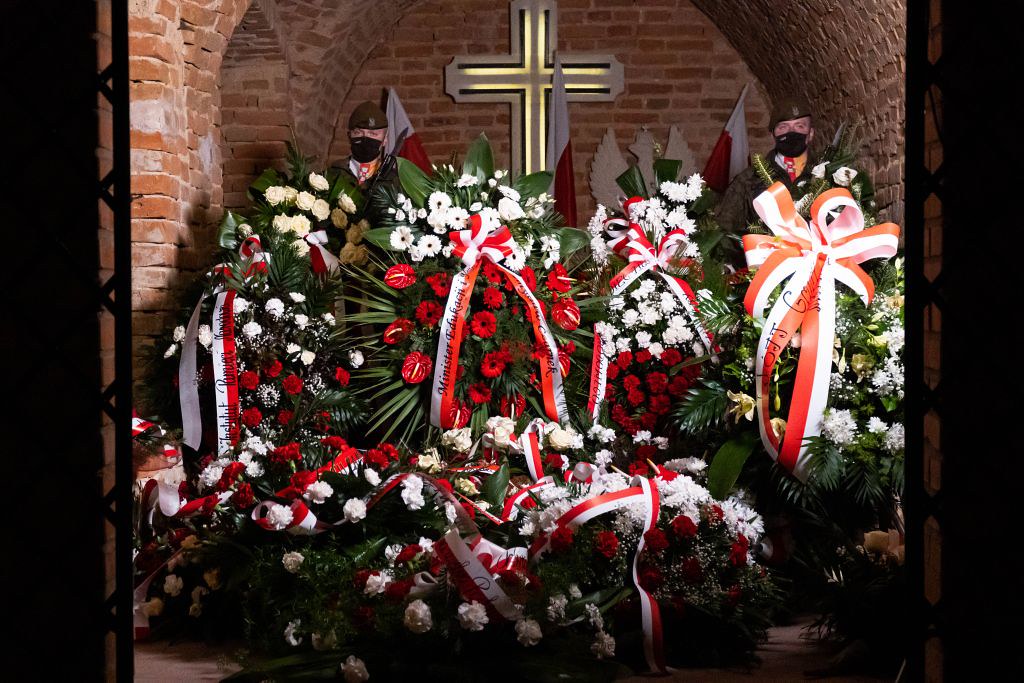