Poland vs Turkey: the details overlooked by the progressive elite if your country is Islamic

Theoretically, the European Union is a club of countries that establishes the same democratic standards for all, but in practice this has not been the case.

Two months ago we already saw here the unequal treatment of the EU to Poland and Spain, persecuting the Central European country while maintaining an astonishing silence in the face of attacks by the socialist-communist government of Pedro Sánchez against fundamental rights and judicial independence. We also saw then the cause of this scandalous bias: the socialists are the majority group in the European Commission. The sectarian left would not allow the EU to carry out a persecution with Spain like the one it directs against Poland and Hungary, in the same way that socialists and communists usually vote in favor of the Cuban dictatorship, and then give lessons in democracy to Poles and Hungarians.

The role of Germany and Merkel towards Turkey

Currently, the main promoter of this EU persecution against Poland and Hungary is Germany, and more specifically Chancellor Angela Merkel, currently in office and about to leave her post. At the same time, she has also been one of the strongest European supporters for Turkey’s possible entry into the EU. Although that support has been cooled by the authoritarian drift of Turkish President Recep Tayyip Erdogan, a month ago Merkel visited Turkey and promised that Germany would continue to maintain her support for that country. At the meeting, Erdogan thanked Merkel for her “positive contributions” in Turkey’s attempt to join the EU.

The day before yesterday, the one who visited Erdogan was Pedro Sánchez. The president of the Spanish government spoke of “friendship” between the two countries and affirmed that the relationship between the two “has reached an extraordinary degree of maturity almost naturally.” To a large extent, he could say, from the sale of weapons from Spain to Turkey, starting with the future Turkish aircraft carrier that is currently under construction. The note published by the Spanish government states: “Spain, which is committed to a positive European agenda with Turkey, continues to support its status as a candidate country for accession to the European Union.“

At the same time that it promotes the entry of Turkey into the EU, the Spanish left has been supporting the persecution against Poland and Hungary, giving lessons in democracy to both countries at the same time that the Spanish Constitutional Court issued three judgments indicating violations of the Constitution and fundamental rights on the part of the ruling left. How is it that politicians of the progressive consensus – which includes the European People’s Party and Merkel – treat Poland so badly and at the same time spoil Turkey? There are some facts that add up.

Poland vs Turkey in the 2020 Democracy Index

To begin with, in The Economist’s 2020 Democracy Index (see PDF), Poland ranks 50th, above other EU countries that are not the victim of any political persecution by European bodies, such as Bulgaria (52), Croatia (59) and Romania (62). The Economist includes these countries in the section “Flawed Democracy”, which begins with countries such as France, the United States, Portugal, Estonia, Israel and Italy, but leaving Spain almost at the tail of the “Full democracy”, despite the authoritarian drift of the Sánchez government. Well then: Turkey is in 104th place of that classification, in the section “Hybrid regime” and dangerously close to the part of authoritarian regimes. To give us an idea, Morocco is 96th and Pakistan 105th.

Poland vs Turkey in the Press Freedom Ranking 2021

Poland vs Turkey in the Index of Economic Freedom 2021

Turkey is among the countries that persecute Christians the most

To all the above, we should add the 2021 Open Doors World Persecution List, in which Turkey is ranked 25th among the 50 countries that persecute Christians the most. The page on Turkey, which provides more details on this persecution, states the following: “Christians have limited access to state employment and suffer discrimination in the private sector, especially when employers are linked to the government. Since religious affiliation continues to feature on the old identity documents and on the electronic chip of the new identity documents, it is easy to discriminate against Christian candidates.“ The page also warns that “Turkey has moved up nine spots on the World Persecution List from last year, reflecting the growing and suffocating impact of religious nationalism on Christianity and an apparent increase in reported violence.”

The Islamophilia of the European progressive elite

The key to this sympathy of the progressive elite towards Turkey and their simultaneous antipathy towards Poland is to be found in the majority religion of each country. Poland is a traditionally Catholic country and historically has combined these beliefs with great religious tolerance (which led it to become the refuge of many Jews expelled from the rest of Europe) while Turkey is a Muslim country, and therefore benefits of the Islamophilia of the politicians of the progressive consensus.

Turkey’s accession to the EU and its effects on immigration

It must also be borne in mind that if Turkey joined the EU, the other countries of the Union would have to face a massive wave of Islamic immigration, which Turkey is currently drifting to other countries such as Greece, Romania and Belarus (in this case, led by the Lukashenko dictatorship for its hybrid war against Poland). The governments of Germany and Spain have already been very tolerant of this mass immigration of Muslim origin, and among progressive European politicians there is the idea that it is a necessary wave to pay us pensions and thus compensate for the demographic decline caused by abortion policies and the low birth rate in Europe. A dangerous strategic vision that Poland and Hungary reject. 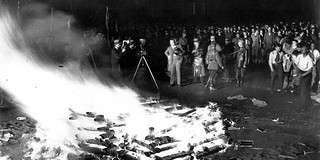 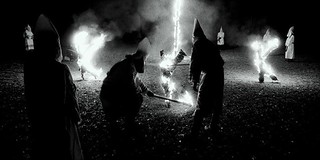 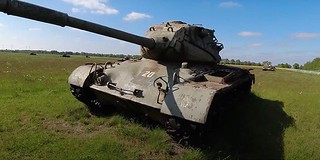