Both aircraft sustained damage but were able to land safely

This Sunday at 12:20 a tactical demonstration of two Dassault Rafale C fighters from the 30th Lorraine Fighter Squadron of the French Air Force, based in Mont-de-Marsan, in southwestern France, and which recently participated at the NATO Tiger Meet 2022 in Araxos, Greece, winning three of the five awards at the event. 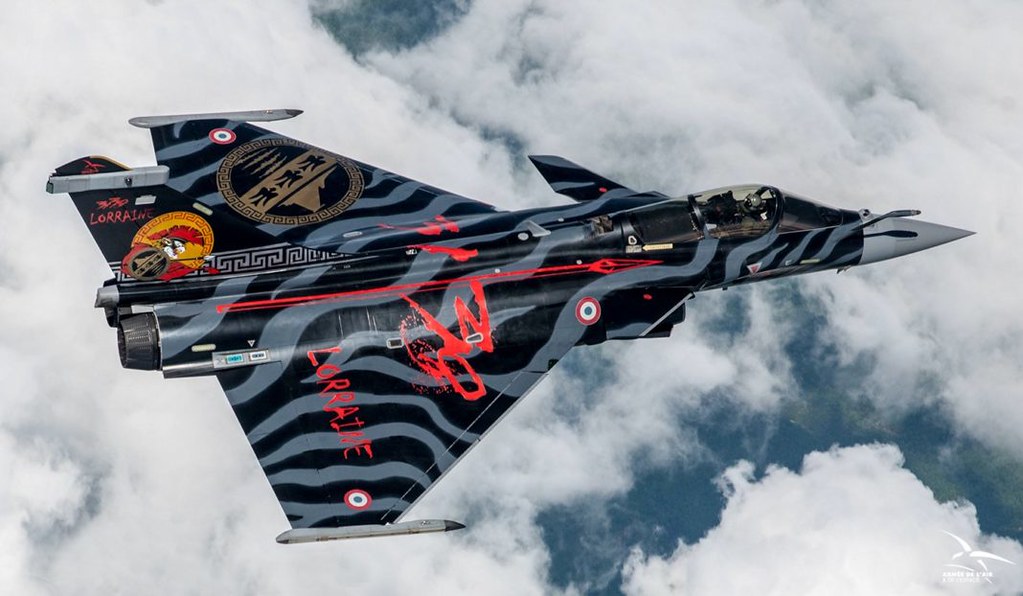 One of the Rafales in question was the “Rogue Spartan”, which won the award for best decoration at that Tiger Meet with this painting alluding to the Spartans of Leonidas at the Battle of Thermopylae (photo by Armée de l’Air).

During the display in Cognac, the two fighters brushed against each other during a formation flight. I have not found any video of that moment, but the Twitter user @oneday_onephoto captured several photos of the moment of the collision. You can see them enlarged here. In this first image we see the moment of the collision: an object breaks off behind the planes and the upper part of the tail of the “Rogue Spartan” falls apart. 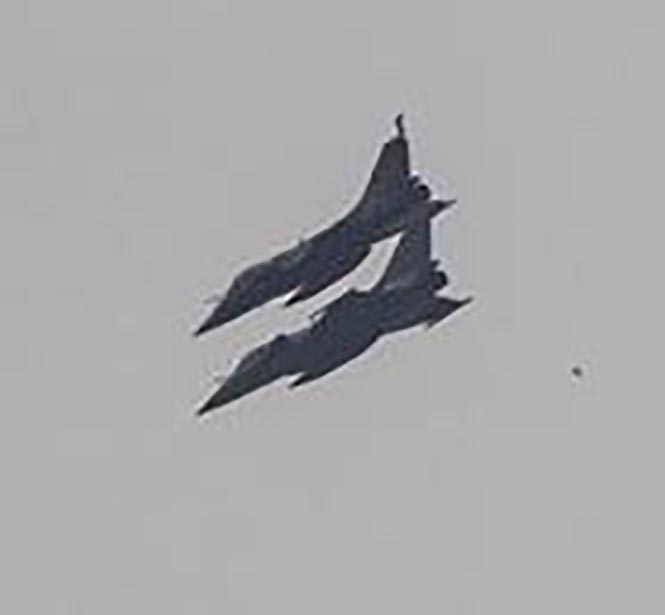 In this second image, the “Rogue Spartan” breaks formation (it is the fighter that appears below, showing the belly). 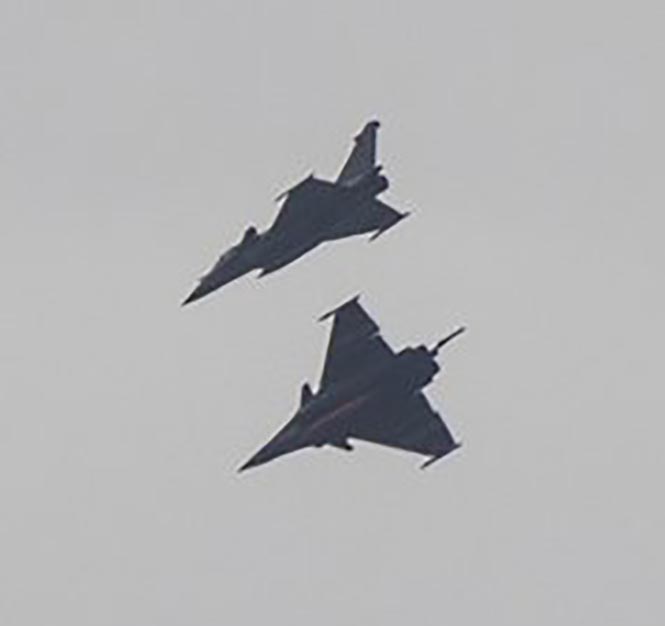 In this third image we see an object falling to the right, and the “Rogue Spartan” (upper left) is already flying without the upper part of the tail. 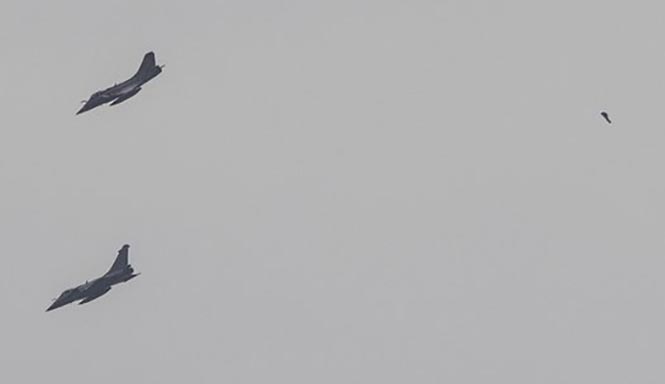 Fortunately, both aircraft were able to safely return to base, despite the damage sustained in the collision. In this photo posted by @Ansierra117 we see the “Rogue Spartan” with the upper part of the tail cut off and damage to its left wing. 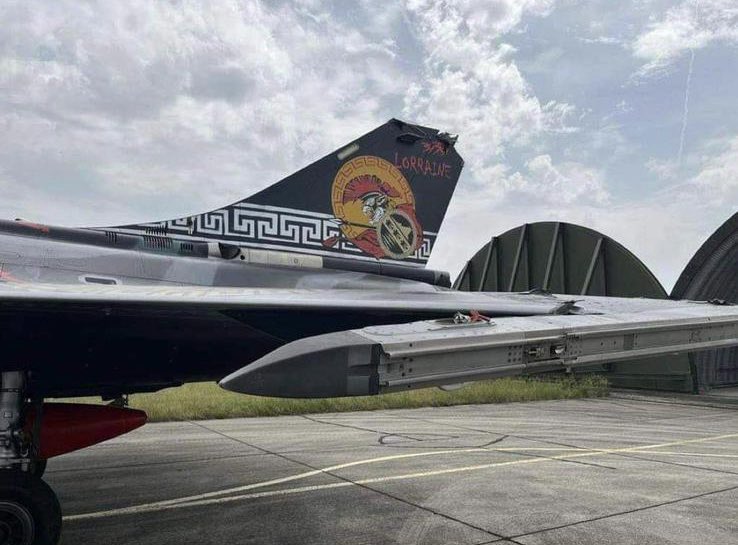 Here we see a photo posted by Cannonfodder43 on the Secretprojects.co.uk forum showing tail damage to the “Rogue Spartan”. 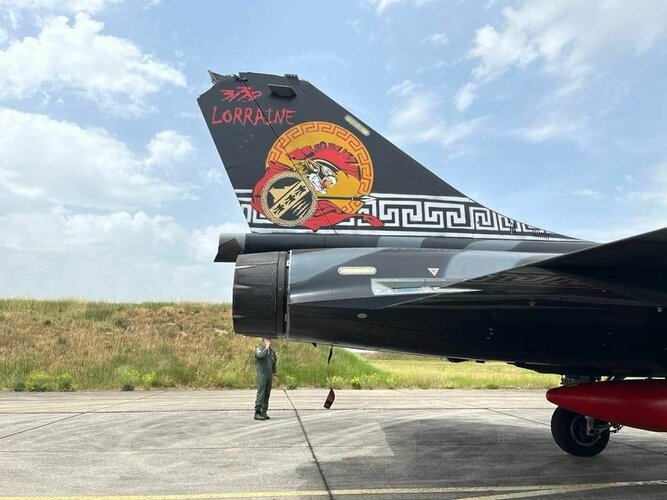 In this other photo from Cannonfodder43 we see the damage to the rear of the “Rogue Spartan’s” left wing. 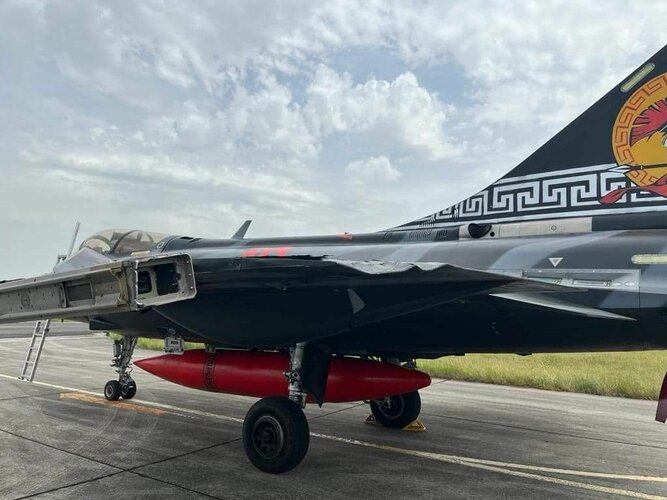 Yet another photo from Cannonfodder43, showing the damage to the “Rogue Spartan’s” left wing, seen from below. What we see on the lower right is the marginal support that the wing carries for an air-to-air missile. 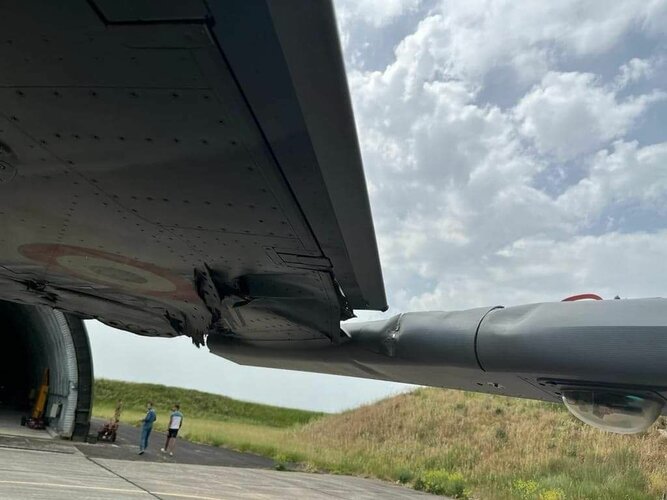 In this other photo by @Ansierra117 we see the damage to the right canard plane of the other Rafale, which was left bent. There is also minor damage to the outside of the right engine air intake. 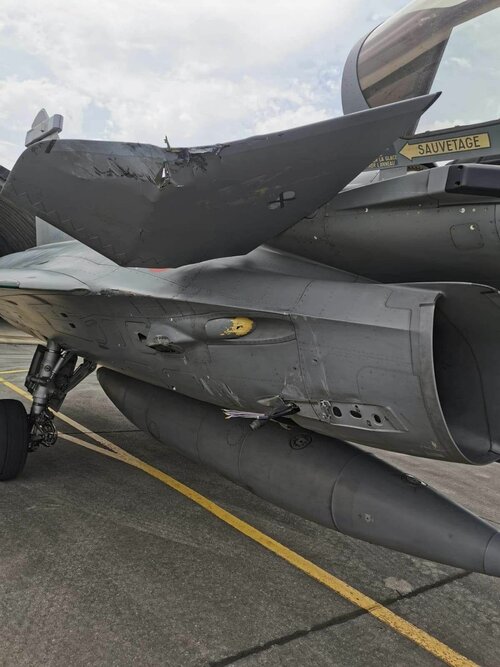 In this photo published by Charentelibre.fr we see the upper part of the drift of the “Rogue Spartan”, which fell on a house in the village of Gensac-la-Pallue, 8 kilometers from the Cognac base. 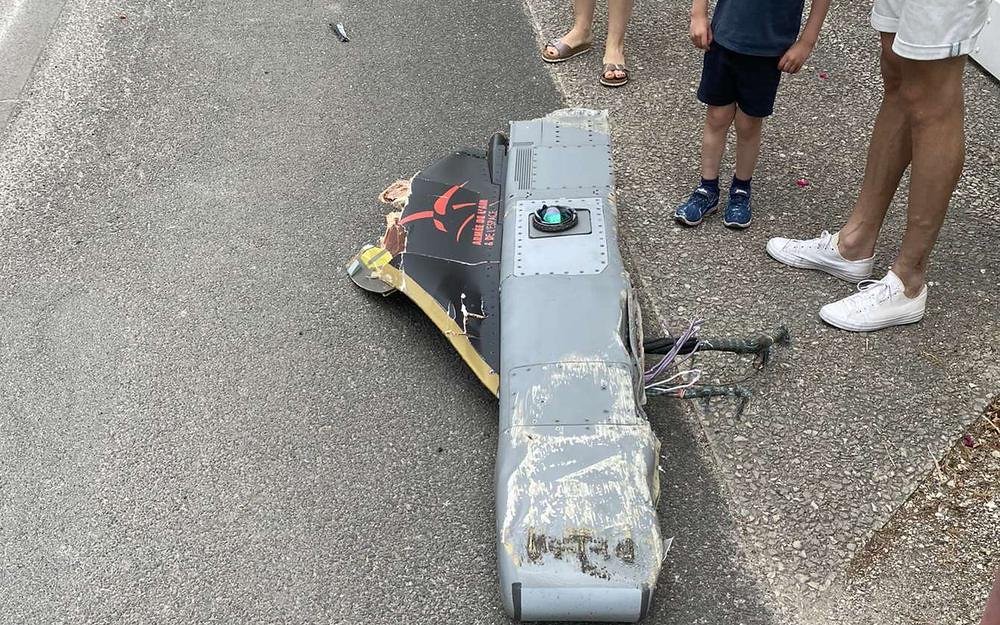 “Its tail was cut at the level of the element that concentrates various sensors of its electronic suite SPECTRA [Rafale Fire Control Prevention and Protection System], including the missile launch detection unit, the missile launch of the analysis head of the sensor, the rear warning detector and the upper drift communication and amplification unit”, Opex360.com point out. Despite the damage suffered, which will not be cheap to repair, the pilots reacted in time and prevented the accident from becoming a tragedy.