50,000 members of the Polish resistance were sent to the Soviet Gulag

A silenced history: the communist repression against Poles who fought Nazism

Although many people do not know it, Poland had the most active resistance movement of all the countries occupied by Nazi Germany.

The Polish Army faithful to the Government of Poland in exile

The Polish contribution to the allied side could be divided into two main branches: that of those who were loyal to the Polish Government in exile (based in London) and that of those who were loyal to Moscow. The first branch was the most numerous. the Armia Krajowa (Home Army), the largest resistance organization of the World War II, which grew to some 400,000 members, most of them Catholics. As for the regular forces, the Polish Army on the Western Front numbered some 250,000 soldiers, including ground forces, sailors and airmen. 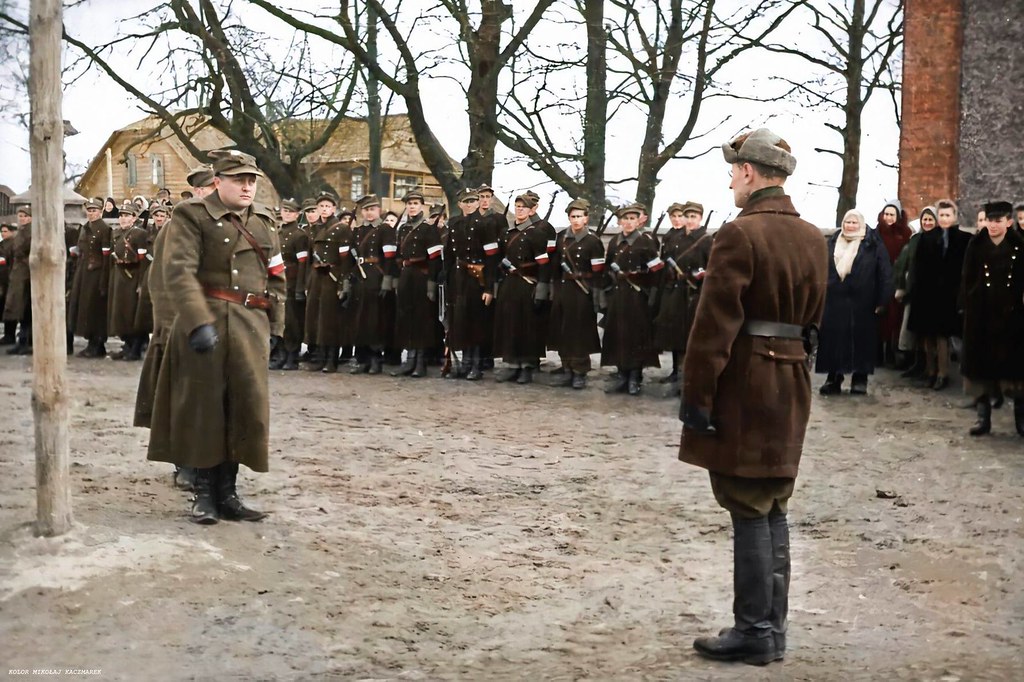 Members of the 3rd Vilna Brigade of the Armia Krajowa in Turgiele, present-day Lithuania, on April 9, 1944. The Polish resistance faithful to the Polish Government in exile created uniformed units that caused many problems for the Germans in their rear (Photo: Mikołaj Kaczmarek).

The Polish forces that fought under the orders of Moscow

Let's go now with the communist branch. As in most German-occupied countries,the Polish communist resistance did not become active until the German invasion of the USSR in June 1941. It was also a much smaller resistance than the of those loyal to the Polish Government in exile. This was largely Stalin's fault, as in 1937 and 1938 between 50,000 and 60,000 Poles living in the USSR, most of them communists, were killed in a great purge for the mere fact of being Poles, since that made them suspects of espionage in the eyes of the paranoid Soviet dictator.

Between 1944 and 1945, Moscow formed the so-called Polish People's Army, which grew to some 200,000 soldiers (many of them forcibly recruited from the Polish resistance loyal to the Government in exile). Divided into two army corps, it had an important role on the eastern front and specifically in the Battle of Berlin. As for the insurgents, in March 1942 the Gwardia Ludowa (People's Guard) was formed, which in January 1944 gave way to the Armia Ludowa (People's Army), loyal to Moscow and which came to count with 14,000 members. This communist guerrilla not only fought against the Germans, but also against the Armia Krajowa, even betraying some of its members to the Gestapo, as happened in February 1944. 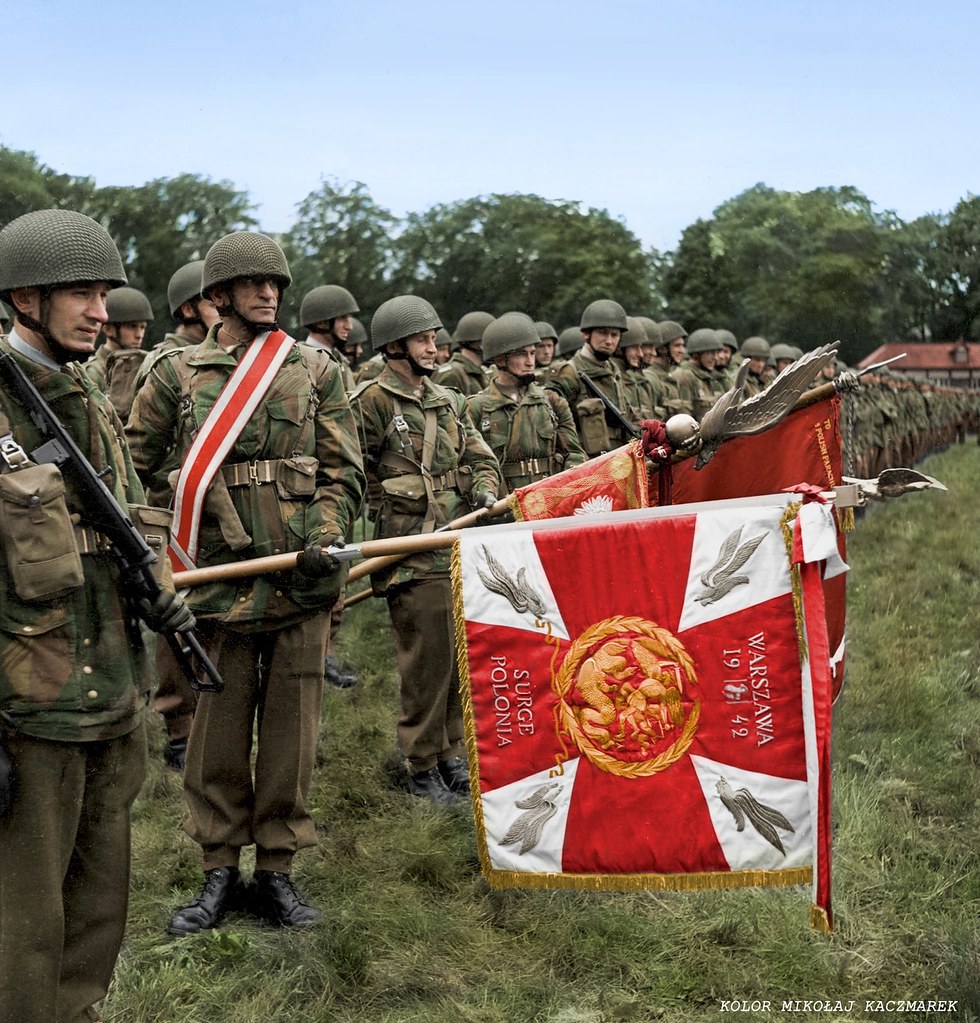 Soldiers of the 1st Independent Parachute Brigade of the Polish Army on the Western Front in formation on June 15, 1944 in the United Kingdom (Photo: Mikołaj Kaczmarek).

Due to the lack of support among the Polish population, communist partisans often engaged in banditry, and were even involved in massacres of Jews, like the Pogrom of Ludmiłówka, perpetrated by a unit of the Gwardia Ludowa led by Grzegorz Korczyński, a veteran of the International Brigades of the Spanish Civil War. In that massacre, the communist partisans murdered some 100 Jews, including women and children, after leading an internal fight in which some communist militiamen ended up killing members of their own militia.

50,000 members of the Polish resistance were sent to the Soviet Gulag

After the Second World War, the communist dictatorship installed by Stalin in Poland considered Polish soldiers loyal to the government in exile "fascists", and treated them as if they had been collaborators of the nazis and some criminals, directing a smear campaign against them. Some 60,000 Armia Krajowa members who had survived the war were rounded up by the Soviets, many of them being sent to Majdanek, a former concentration camp that was reused by the Soviet NKVD to imprison the Polish resistance. Many AK members were tortured and killed in massacres like the one at Uroczysko Baran, and 50,000 of them were sent to Gulags in Siberia. 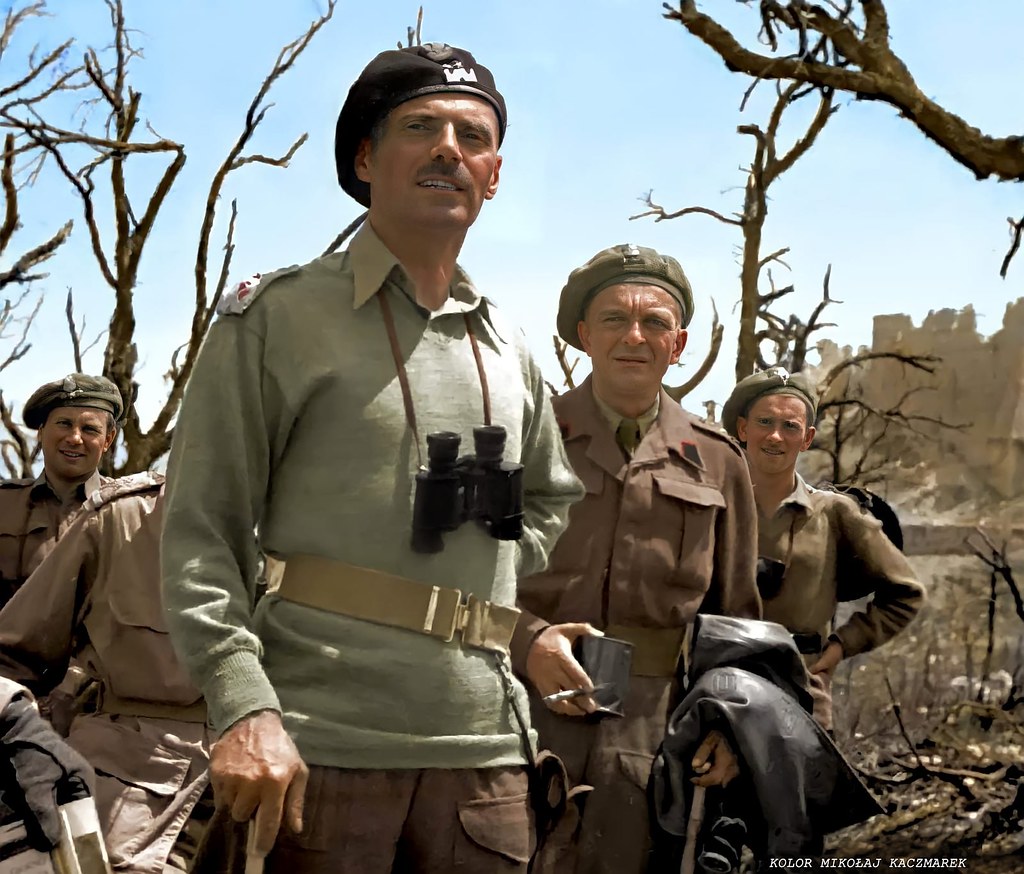 General Władysław Anders, commander of the Second Corps of the Polish Army on the Western Front. After the war he remained in exile in the United Kingdom and the Polish communist dictatorship stripped him of his nationality, just as he did with other Polish soldiers who had fought against the Germans alongside the Western Allies. Anders passed away in London in 1970 (Photo: Mikołaj Kaczmarek).

The exile of Poles who fought with the Western Allies

Many members of the Polish Army on the Western Front suffered a similar fate when they decided to return to their country after the war was over. The fact that they fought alongside the Western Allies made them enemies of the state in the eyes of Stalin, even before the Cold War began. Given the repression suffered by those who returned to Poland, some 150,000 Polish soldiers remained in exile. The communist dictatorship stripped them of their nationality, making them legally stateless.

In the UK, a Polish Resettlement Corps was formed to demobilize and house these soldiers and their families. Between civilians and soldiers, there were some 200,000 Polish exiles in the United Kingdom after the war. Some of them went to the United States and Canada, settling there. Some also settled in Spain, as the Polish Embassy in Madrid remained open throughout the war, and General Franco's regime continued to recognize the Polish Government in exile until 1969.

The Auschwitz prisoner record of Witold Pilecki, officer of the Armia Krajowa and one of the greatest heroes of World War II. He infiltrated the Auschwitz death camp in 1940 and was submitting reports about what what happened there. He eventually went on the run, fighting the Germans in the Warsaw Uprising of 1944. After the war he joined the anti-communist resistance, being one of the founders of the Wolność i Niezawisłość group. The communists arrested and murdered him in the Mokotów prison on the night of May 25, 1948.

The reaction to the repression: the Polish anti-communist resistance

The repression against the Polish soldiers loyal to the Government in exile, a repression that began as early as 1944, was one of the reasons for many of them to continue the fight, this time against communism. The Polish anti-communist resistance reached between 150,000 and 200,000 members before 1947. These soldiers, many of whom were still fighting in uniform, organized themselves into groups such as Wolność i Niezawisłość (WiN, Freedom and Independence) and the Konspiracyjne Wojsko Polskie (KWP, Polish Underground Army). The last of them, Józef Franczak "Lalek", was assassinated on October 21, 1963. He was 45 years old and had been fighting in the resistance for 24 years, first against the nazis and then against the communists.

For years, the story of these heroes was silenced by communism. Even today in the West many ignore its existence. Polish heroes who suffered from communist repression were rehabilitated after the fall of communism. Even today, Poland is still trying to locate and identify the remains of many of them, as they were killed by the communists and buried in places not communicated and mass graves. Serve this post as a tribute to all those heroes and exiles.