The mass deportation of Polish Jews to Siberia: an almost forgotten communist crime

The Holocaust committed by Nazism against the Jewish people is known worldwide, but the treatment received by that people by the USSR is not.

The World War II began with the invasion of Poland by Nazi Germany and the USSR, after signing a pact of those two totalitarian dictatorships that turned them into allies indeed. One of the lesser-known aspects of that alliance was the policy of anti-Semitism adopted by the Stalin dictatorship. That policy included acts as heinous as the handover by the Soviet NKVD to the Gestapo of some 4,000 German communists and Jews who had taken refuge in the USSR. But there was a crime quantitatively greater and as unknown as that by the general public. 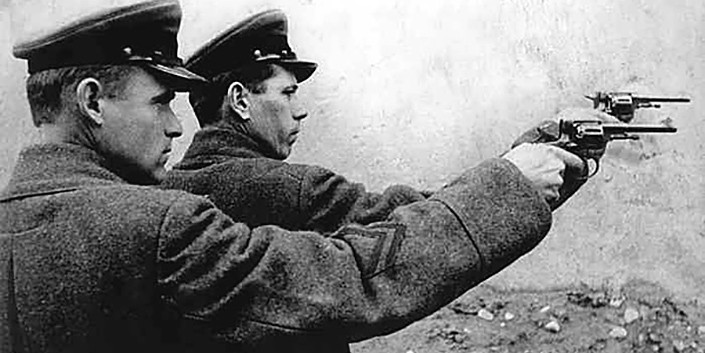 Members of the NKVD, Stalin's political police, who collaborated with the German Gestapo between the invasion of Poland in September 1939 and the German invasion of Russia on June 22, 1941. In addition to sharing information to combat the Polish resistance, the NKVD handed over to the Gestapo Jews who had taken refuge in the USSR.

As a result of the Soviet invasion of eastern Poland (as agreed by the Nazis and Soviets in their pact of August 1939), 1.2 million Poles were deported by the Soviets to Siberia and to other remote places in the USSR. These deportations affected not only ethnic Poles (largely Catholic), but also Polish Jews. In an article published by the British newspaper The Guardian On October 5, 2010, historian Timothy Snyder, a professor of history at Yale University and a member of the Committee on Conscience of the US Holocaust Memorial Museum, wrote:

"How well would the Gestapo have dealt with Polish and Jewish opposition without the de facto help of the more experienced and effective Soviet NKVD? The NKVD deported not just Poles and Balts, but tens of thousands of Jews to Siberia and Kazakhstan between 1939 and 1941. Had these Jews remained in Poland rather than suffering and dying on the steppe or in the gulag, would Jewish resistance to the Germans have been more significant? Anyone who believes that Stalin's alliance with Hitler is irrelevant to the Holocaust must have answers to such questions".

Faced with those who claim that Stalin had strategic reasons for allying with Germany in 1939, Snyder added: "in moral discussions of the war, strategic justifications are not usually admitted as legitimate excuses for collaboration with the Nazis. Between 1939 and 1941, Stalin was Nazi collaborator number one. If we examine the war in terms of the Holocaust, why should Stalin's strategic actions be exempt from moral interrogation?" Snyder also recalled what made the Holocaust possible at the hands of the Nazis:

"In June 1941, Germany invaded the Soviet Union, and Moscow reversed its alliances. Katz is quite right to recall that the Red Army, three and a half years later, liberated Auschwitz. But we ought not to romanticise. The Red Army paused on the Vistula river for months in 1944, while a few days' march to the west, the Germans transported the last significant population of Polish Jews from the Lodz ghetto to Auschwitz and gassed them.

And how did Auschwitz, previously the Polish town Oswiecim, come to bear that infamous name? After the joint German-Soviet invasion of Poland, it had been assigned to Germany in the treaty on borders and friendship in September 1939." 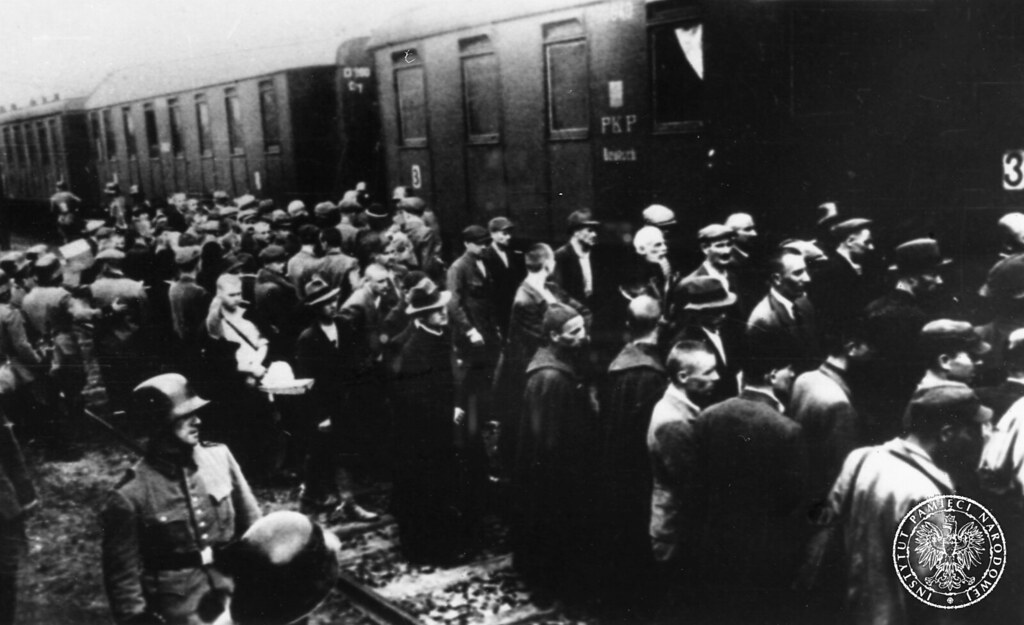 The first transport of prisoners to the Auschwitz extermination camp on June 14, 1940. Most of them were Polish Catholics and there were also some Jews. These first deportations were made when Hitler and Stalin still maintained their alliance (Photo: Instytut Pamięci Narodowej).

The Nazis consulted Moscow to deport the Jews to Siberia

On June 16, 2005, the website of the World Jewish Congress published very significant information that highlighted the curious coincidence of Hitler's initial anti-Semitic plans with Stalin's deportations of Jews :

"The Nazis wanted to deport all Jews to the Soviet Union, a newly discovered document suggests. Russian historian Pavel Polian, now a professor at the University of Freiburg in Germany, said that Third Reich officials apparently approached Moscow in early 1940 with the idea of deporting all Jews in the German Reich to Birobidjan, a Siberian area that Stalin had designated as a Jewish autonomous region, and to western Ukraine. Two letters, one from Berlin and another from Vienna, are mentioned in the February 1940 correspondence from Yevgeny Chekmenyov, of Moscow’s Department of Resettlement, to Viatcheslav Molotov, then foreign minister and head of the Soviet government. In Chekmenyov’s letter, found in the Russian national archive, Molotov's advice is sought on how to answer the German request. Polian suggests the enclosures to the letters, so far not found, were written by Adolf Eichmann and Alois Brunner, responsible for Jewish immigration in Berlin and Vienna, respectively. The Nazis considered several resettlement proposals, including sending all Jews to Madagascar, before starting their extermination policy." 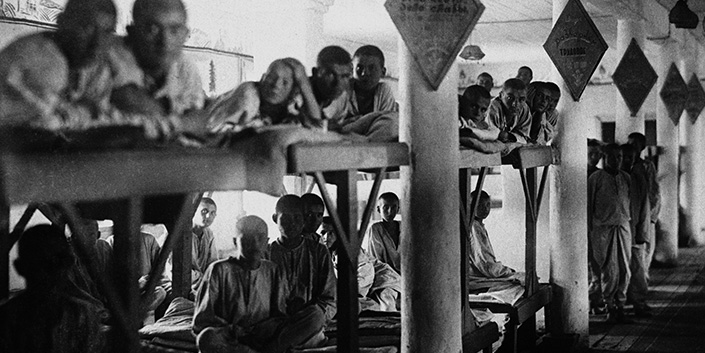 A Soviet gulag near the city of Molotov (today called Perm), in the USSR (Photo: Gulag Museum, Moscow, via Alamy and Davis Center).

Deportation: a crime against humanity and a war crime

Despite what we have just seen, in 2006 Slawomir Grunberg directed a documentary released by the Jewish Film Institute and titled "Saved by deportation: An unknown odyssey of Polish Jews". This is the synopsis of the documentary:

"Well-known fact: Of Poland’s 3.3 million Jews, only 300,000 survived the Holocaust. Little-known fact: 80 percent of those who survived did so because of being deported to Stalin’s gulags following the Soviet annexation of eastern Poland in 1939. Amazing fact: For some, this grim hardship was a gift, not only of life, but of their humanity. “While in Russia,” says Asher Scharf, protagonist of this lively documentary, “I thought, ‘I’m going to write a book.’” About the forced marches, the hard labor, the illness and death, the bedbugs that, like the Soviets, were “more clever than we gave them credit for.” Asher recounts, “When I got back to Poland, I realized I had been in heaven.”

This thesis is very surprising. Obviously, the Jews who survived the horror of the Gulag could feel lucky next to those who were murdered in the German extermination camps. But this should not make us forget a fact: Articles 7 and 8 of the Rome Statute of the International Criminal Court considers deportations crimes against humanity and war crimes. Article 7 defines deportation as "forced displacement of the persons concerned by expulsion or other coercive acts from the area in which they are lawfully present, without grounds permitted under international law."

In addition to that, Article 6 of the Statute considers a crime of genocide, among others, the "deliberately inflicting on the group conditions of life calculated to bring about its physical destruction in whole or in part." A very appropriate way of qualifying the crime committed by Stalin against those hundreds of thousands of Jews, sending them to remote places and subjecting us to hardships that led many to death.

The victims of that crime must be rescued from oblivion

If today it is very necessary to continue remembering the abominable crimes of Nazism against the Jewish people -especially in view of the resurgence of antisemitism in our society, now disguised as "antizionism"-, also it is to rescue from oblivion the crimes committed by communism against the same people, crimes that do not deserve to be presented, under any circumstances, as a "salvation", since their typology corresponds to some of the the most horrendous crimes that exist. The Jews who were deported to Siberia and other remote parts of the USSR, and especially those who lost their lives in that deportation, deserve to be remembered and honored and deserve justice just like the Jews murdered by the Nazis.

Feature photo: German and Soviet soldiers fraternizing in Brest, where their forces met during the joint invasion of Poland (colorized photo by Mirek Szponar). 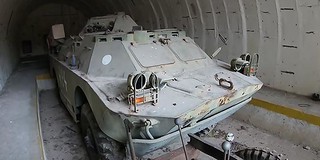 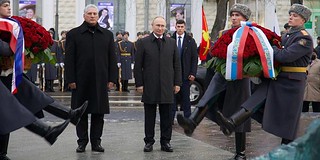