Images of the FTX BRIMAR 22 exercise at CENAD Chinchilla, Albacete

Spain has the oldest Marine Infantry in the world, founded in 1537. Today an elite corps that combines its traditions with very modern means.

The expeditionary force of the Spanish Marine Infantry is the Tercio de Armada (TEAR), which is based in San Fernando (Cádiz) and is also known as the Marine Infantry Brigade (BRIMAR). Between November 14 and 30, TEAR has developed the FTX BRIMAR 22 exercise at the National Training Center (CENAD) in Chinchilla (Albacete).

There 1,140 Marines from all the TEAR units have gathered: its two Desenmarco Battalions (the BDE I and the BDE II ) , the Third Mechanized Battalion (BDMZ III ), the Landing Artillery Group (GAD ), the Amphibious Mobility Group (GRUMA ), the Combat Service Support Group (GASC) and the BRIMAR General Staff, as well as Marines from the Mar Océano Company of the Royal Guard, some officers from the Military Health Corps, SH-60F Seahawk helicopters from the 5th Squadron of the Navy and Tigre attack helicopters from the Attack Helicopter Battalion No. 1 of the Spanish Army.

The Navy has published four high-quality videos on this exercise today. I have already commented that in the TEAR they have someone who is a phenomenon making videos, something that is confirmed by seeing the ones published today. The first video shows the setup of the tents and the logistical tasks associated with the exercise, including food and ammunition distribution:

Finally, the fourth and last video shows an evacuation drill carried out by the Health Company of the Tercio de Armada:

Here you can see some screenshots of the videos. In this image we see the distribution of ammunition, specifically a box with 200 .50 caliber cartridges (12.7×99 mm NATO), used by the Browning M-2 heavy machine guns that are mounted on TEAR vehicles.

A select shooter firing an Accuracy International Arctic Warfare sniper rifle, a British model that uses 7.62x51 NATO caliber ammunition, with an effective range of up to 800 meters.

A MOWAG Piranha IIIC infantry fighting vehicle of the BDMZ III. Its turret is equipped with a Lag 40 automatic grenade launcher and a Browning M-2 machine gun.

The TEAR Sanitation Company evacuation drill. Here we see the moment in which the personnel carrying out the evacuation bend down to land the helicopter. 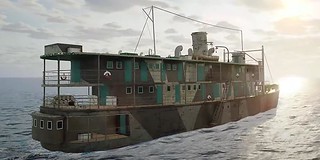 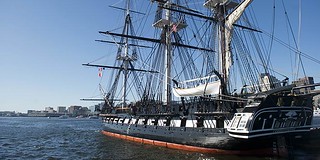