I’m not a football fan, but I don’t want to stop commenting on what happened yesterday at the start of the game in which England beat Poland 2-1.

A protest against racism or a gesture of rejection of patriotism?

Last summer, in the United States, some NBA players adopted the custom of kneeling on the ground when the National Anthem of that country sounded as a sign of support for the Black Lives Matter movement, supposedly a gesture against racism, but in support of a movement that has shown plenty of racism. Many Americans were outraged by what they considered disrespectful of their anthem.

Let us bear in mind that there is the custom of listening to the anthem with reverence and even putting the hand on the chest: making a political gesture while the anthem is playing ended up becoming a gesture of rejection of that national symbol, which was what many activists were looking for far-left of Black Lives Matter. In fact, some of the protests of that movement have burned US flags and even Bibles. The false “anti-racism” of that far-left movement was exposed in June 2020 in Washington DC, when BLM protesters vandalized the monument to Tadeusz Kościuszko, a Polish hero who opposed slavery. An attack that outraged many Poles.

This political gesture of kneeling against racism also reached Europe, and some leftists have harshly criticized athletes who have not wanted to join it. This is where the qualifying matches for the Qatar 2022 World Cup came. The English team expressed their intention to support Black Lives Matter with the famous gesture. 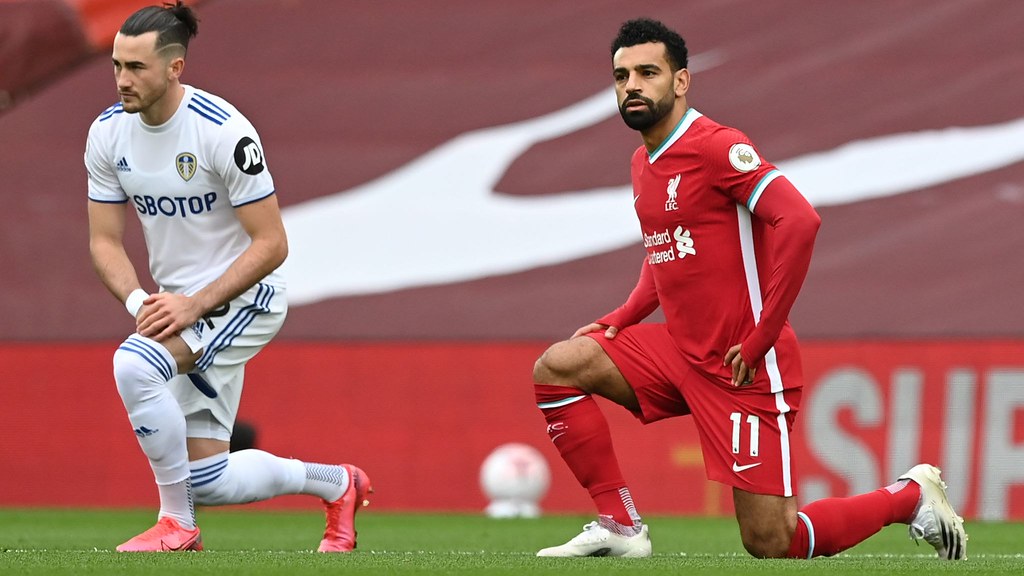 In the previous days this gesture of support for BLM has been seen in matches of the Premier League, the English first division, in a very generalized way. 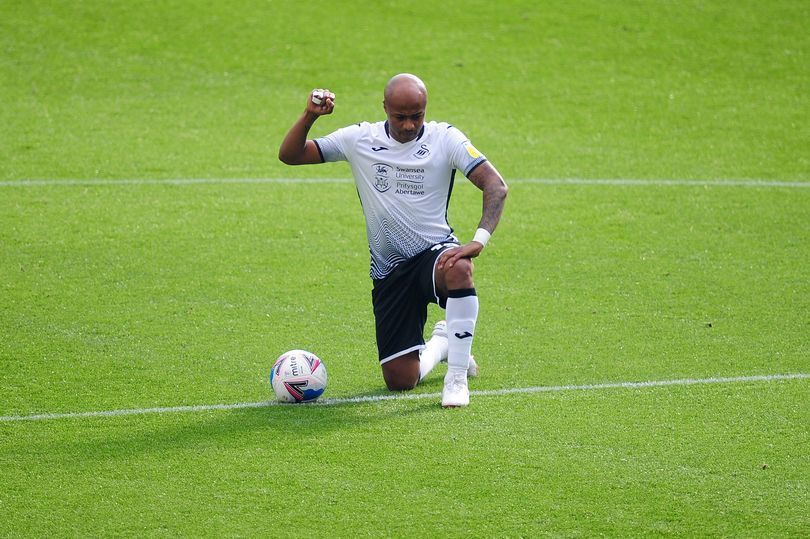 And in certain cases the thing is no longer limited to kneeling: raised fists have also begun to appear. 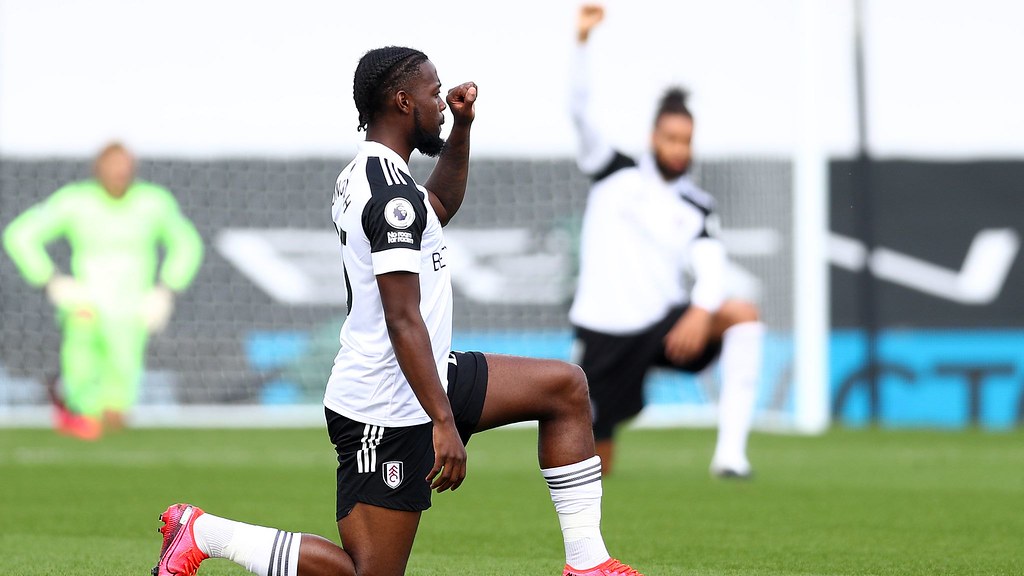 Pressure on the Polish national team to also submit to BLM

In the middle of the campaign to use the stadiums as a propaganda tool for BLM, there was pressure for Poland to do the same. This bothered many Poles. Let us bear in mind that Poland is a proudly free people, which in the last century admirably resisted against the two great totalitarianisms. That indomitable Polish spirit does not square with the idea of kneeling in submission to a movement of the far-left.

The Polish team did not want to talk about it and preferred to dedicate themselves to football. Finally, yesterday in the game between Poland and England this happened: 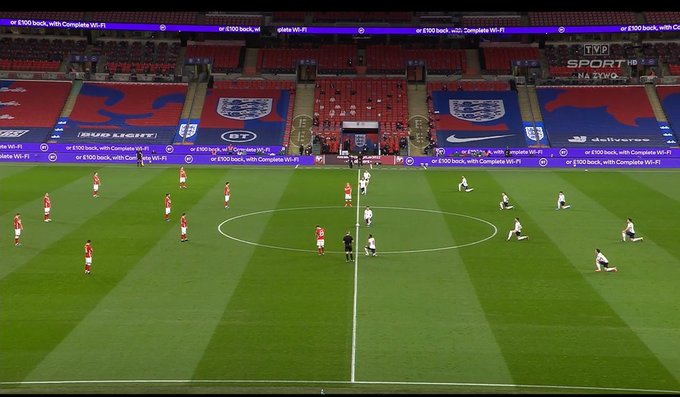 While the English players knelt, the Poles remained standing. A gesture of national dignity that has been viralized on social networks with many messages of support for Poland from various countries, including Spain. At that time, the Polish players pointed to the labels on their arms with the word “respect”. 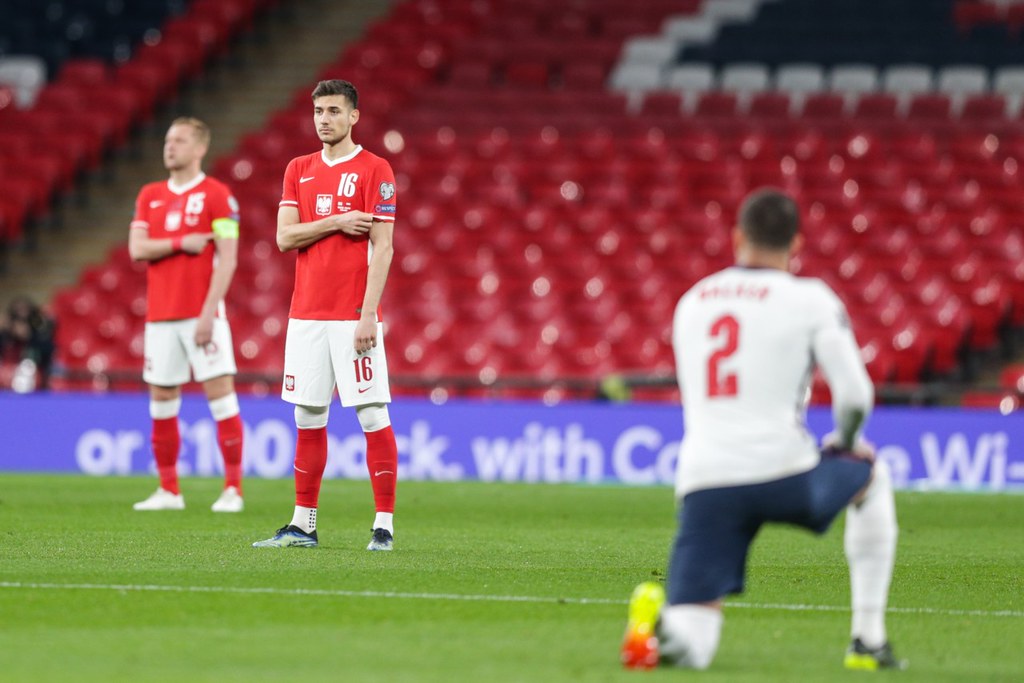 Last night, the Polish Football Association reported that the players of the Polish national team decided to take “a neutral and apolitical position” towards the “Black Lives Matter” initiative, adding: “We emphasize that all Polish representatives jointly and severally oppose to any manifestation of racism and intolerance. In its activities and statutory duties, the PZPN has always been guided by openness, the observance of the principles of equality, tolerance and equal rights towards all people, regardless of their place of residence, skin color, religion and political opinions.”

The precedents that happened in Berlin before the World War II

Some Polish Internet users have equated what happened this Wednesday with what happened before the World War II. On May 14, 1938, during a game with Germany, the British team made the nazi salute when the German anthem sounded. In the photo we see the British in a white shirt, on the left, at that moment. The 110,000 people who packed the Berlin Olympic Stadium welcomed this gesture with applause. 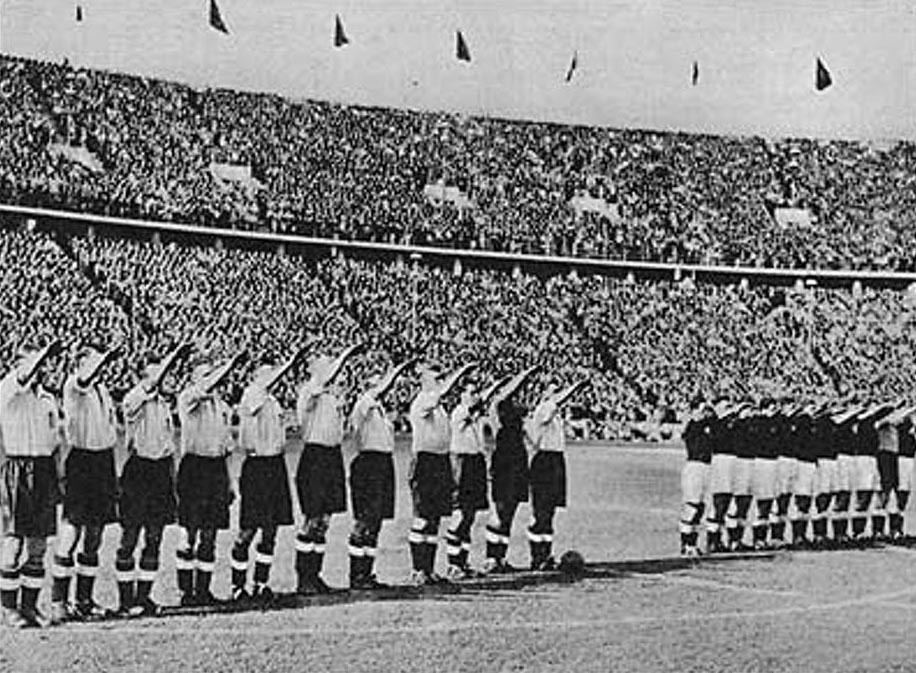 What is known today is that the English players faced the idea with rejection, but officials from the British Foreign Office pressured them in the locker room to make that gesture at a time when they wanted to avoid a war. It was the time of the “appeasement” of the government of Neville Chamberlain, which ended up fattening Nazism. Although England won that game, today it is remembered with shame in that country. 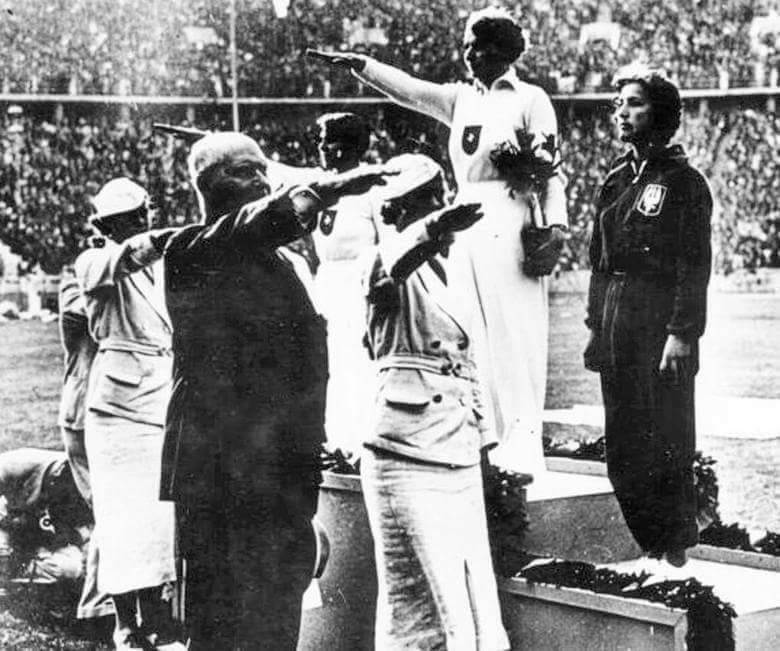 In contrast, Polish athlete Maria Kwaśniewska became famous at the Berlin Olympics in 1936 for refusing to do the nazi salute after winning a bronze medal in the javelin throw. Kwaśniewska’s gesture, full of dignity and courage, still fills her compatriots with pride. In addition, in 1939 she participated in the defense of her country, being decorated with the Cross of Valor, and after the German occupation she joined the Polish resistance, sheltering Polish Catholics and Jews persecuted by the Nazis.

“Poles only kneel before God”

On Twitter, some Polish netizens explain the gesture of their national team with these words: “Polacy klękają tylko przed Bogiem” (Poles only kneel before God). Although knowing the romanticism of the Poles, this phrase that I have read to an Internet user from that country is more truthful: “Polacy klękają tylko przed Bogiem lub gdy się oświadczają kobiecie” (Poles only kneel before God or when they propose to marry a woman). Luckily we have Poland. My applause to the players of their national team.