The lesson of courage of the Polish, Czech and Slovenian PM with their travel to Kiev

With Russian troops still on Georgian soil – their withdrawal was ordered that day – the presidents of Poland, Ukraine, Lithuania, Latvia and Estonia attended an event in the Georgian capital in support of the invaded country. That was a challenge from the governments of those countries to Vladimir Putin, who was already president of the Russian Federation at the time. Representing Poland was its then president, Lech Kaczyński, who died in a plane crash in 2010 and the twin brother of Jarosław Kaczyński, the current deputy prime minister of Poland.

Today that gesture of dignity in the face of Russian imperialism has been repeated in Ukraine. The Prime Ministers of Poland, Mateusz Morawiecki, the Czech Republic, Petr Fiala, and Slovenia, Janez Janša, have traveled to Kiev in the midst of the Russian invasion, accompanied by the Polish Deputy Prime Minister, Jarosław Kaczyński. 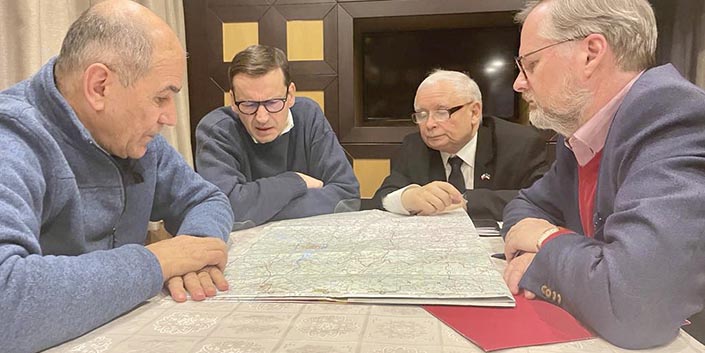 The travel has been made by train from Poland to Kiev. On his Twitter account, already in the Ukrainian capital, the Polish Prime Minister, Mateusz Morawiecki, declared: “It is here, in war-torn Kyiv, that history is being made. It is here, that freedom fights against the world of tyranny. It is here that the future of us all hangs in the balance. EU supports UA, which can count on the help of its friends – we brought this message to Kyiv today.” 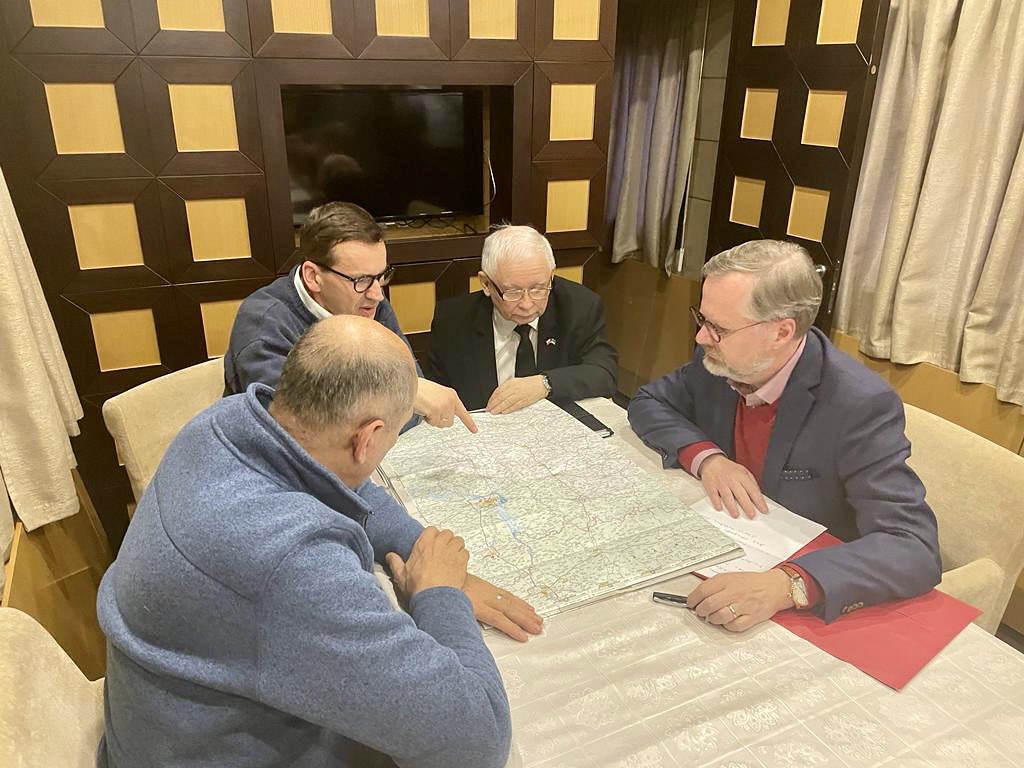 Around 22:00 CET, some videos were published showing the meeting of these European leaders with the Ukrainian president Volodímir Zelenski:

With this brave trip to a country mired in war, Mateusz Morawiecki, Petr Fiala, Janez Janša, Jarosław Kaczyński and their companions have shown great courage and have given a lesson in the dignity of the European Union. Where were the rulers of other more powerful countries at that time, as well as the president of the European Commission? This trip is also a challenge to Vladimir Putin after the Russian attack last Sunday on a Ukrainian base near the border with Poland, in what the government of this country has interpreted as a new provocation by the Kremlin.

+ UPDATED 11:45 p.m.: Morawiecki has just published more images of the meeting with Zelenski: 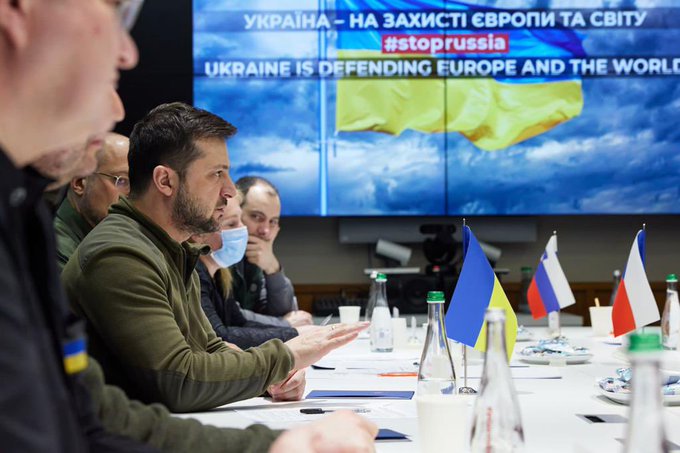 The Ukrainian president at the meeting with European leaders. 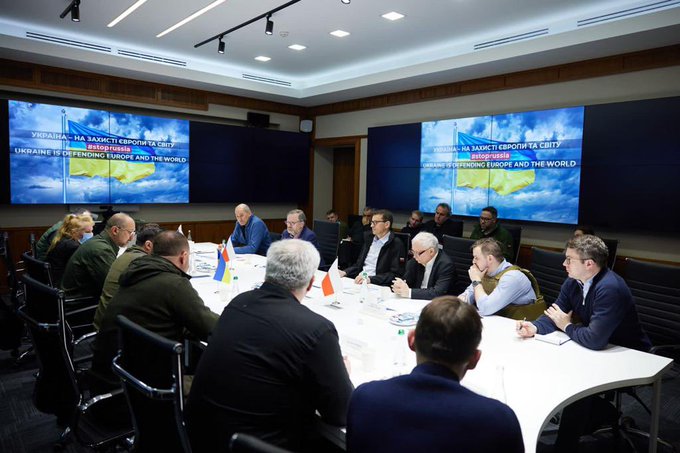 An image of the room in which the meeting was held. Morawiecki was sitting directly in front of Morawiecki. To the left of the Polish Prime Minister are Janez Janša and Petr Fiala, and to his right is Jarosław Kaczyński. 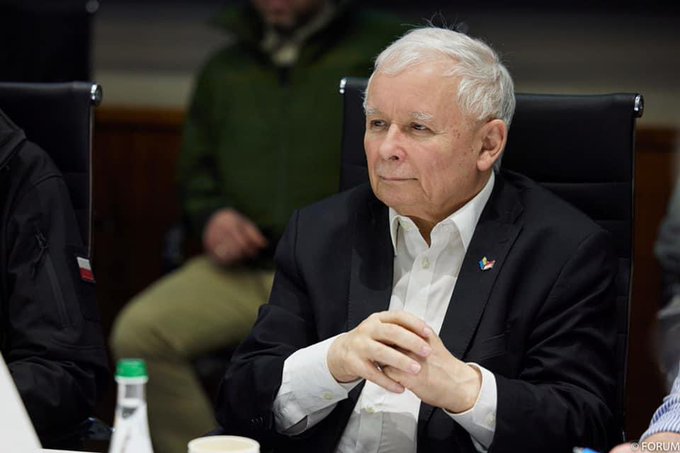 Jarosław Kaczyński during the meeting with Zelenski in Kiev. 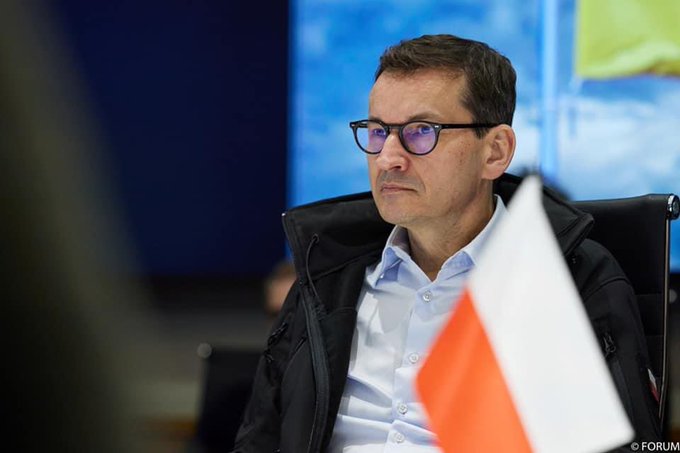 Morawiecki during the meeting. As seen in the photo below, the Polish Prime Minister wore on his arms the same patch with the Flag of Poland with a black border worn by soldiers of the Polish Army. 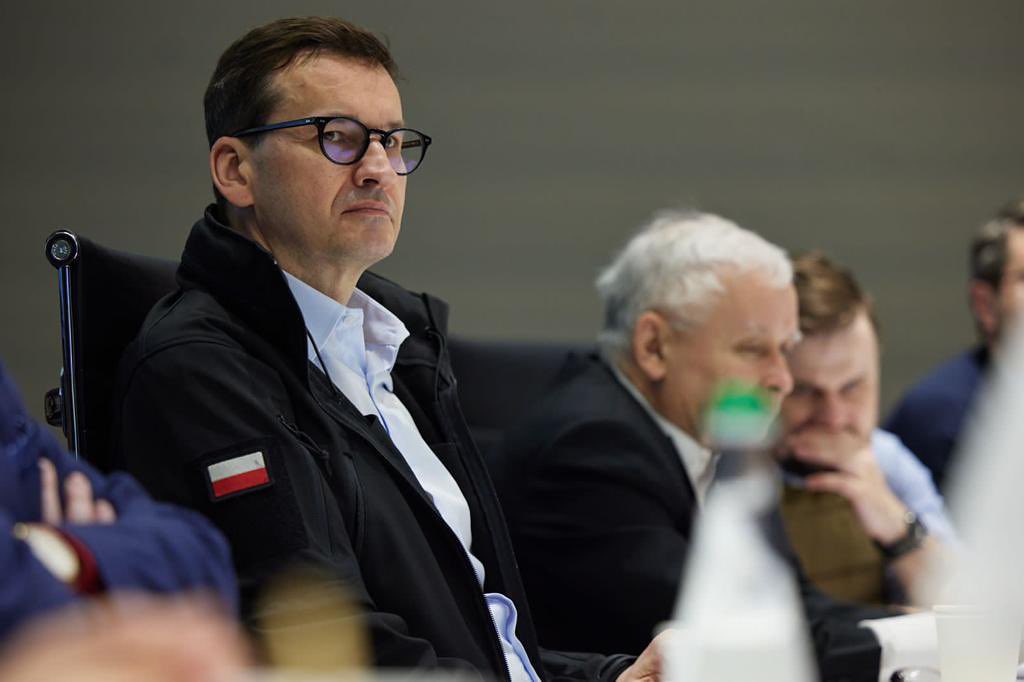 The Polish Prime Minister has written this reflection: “Europe must understand that if it loses Ukraine, it will never be the same again. Europe without Ukraine will no longer be Europe. Rather, it will be a symbol of failure, humiliation and helplessness. And I want a strong and ambitious Europe.”

The data that indicates a possible sabotage of Russia against the Nord Stream gas pipelines
29·9·2022 · 19:28

The mass deportation of Polish Jews to Siberia: an almost forgotten communist crime
29·9·2022 · 7:01

Zelensky’s congratulatory message to Giorgia Meloni and her great response
28·9·2022 · 7:30