The Ghost Fleet on the Potomac: The greatest ship graveyard in the West

Mallows Bay, in Maryland (United States), is home to a curious maritime sanctuary made up of the wrecks of more than 200 ships.

This massive ship graveyard, the largest in the entire Western Hemisphere, brings together more than 200 wrecks from every era of American shipbuilding history, although most of the ships originate from a massive merchant shipbuilding project launched in 1917, after the entry of the United States into World War I. 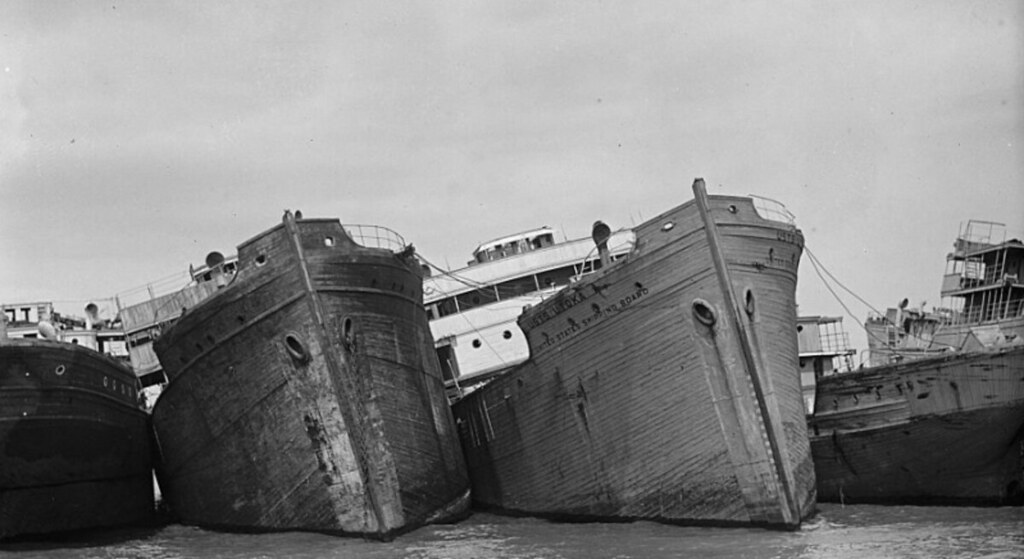 German submarines were destroying the world's merchant ships at an unprecedented rate of more than 200 per month, so more ships needed to be built in record time in order to send war supplies to Europe. As the National Trust for Historic Preservation explains, on April 16, 1917, the United States Board of Shipping created the Emergency Fleet Corporation to increase the production of ships to meet this urgent need: "The Emergency Fleet Corporation created an ambitious plan to hastily construct steel, concrete, and wooden ships to support the war effort. These ships were built in 40 shipyards across 17 states. Wooden steamships were specifically designed to serve as a merchant fleet that could be constructed quickly using the United States’ large timber reserves. But delays and shortages kept the best timber from arriving at shipyards, and many of the shipyards that received contracts were understaffed, underbuilt, and underpaid." 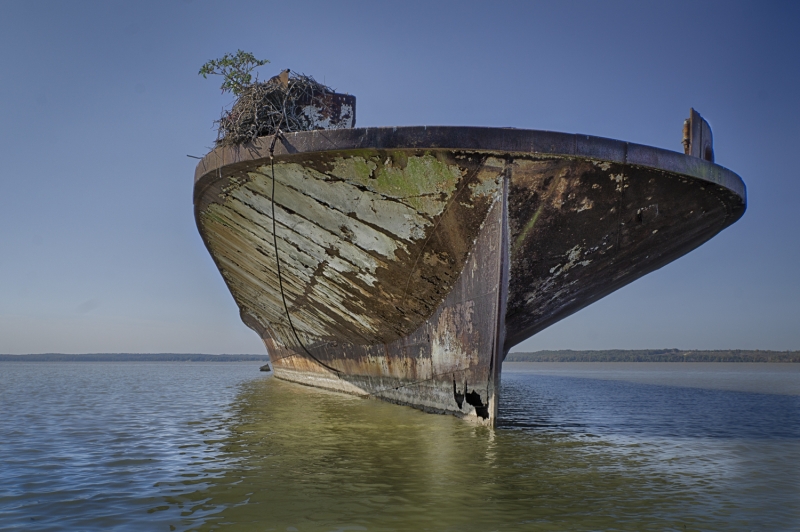 One of the Mallows Bay wrecks (Photo: Capture the Moment).

By the end of World War I, only 98 of the 734 ships ordered had been delivered. And of those 98, only 76 were capable of carrying cargo, and all had mechanical and of construction. After the war it was decided to sell the inactive and incomplete ships. The ships, which had cost a total of $300 million to the US, were sold for scrap for only $750,000. 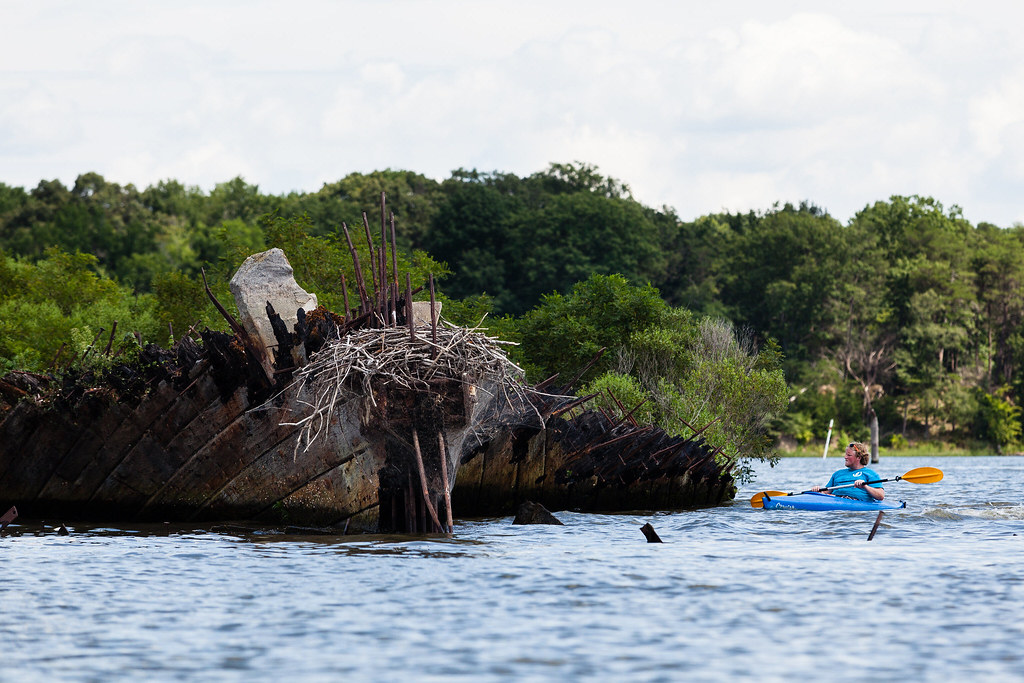 The Western Marine & Salvage Company bought most of the boats and moved them to the Potomac River, figuring it could make $10,000 in scrap for each boat, but the wooden hulls weren't usable so they were taken to the graveyard. of Mallows Bay to later burn them. The burning took place on November 7, 1925, with a total of 31 charred boats. "It was the greatest destruction of ships at one time in US history", the National Trust for Historic Preservation notes. 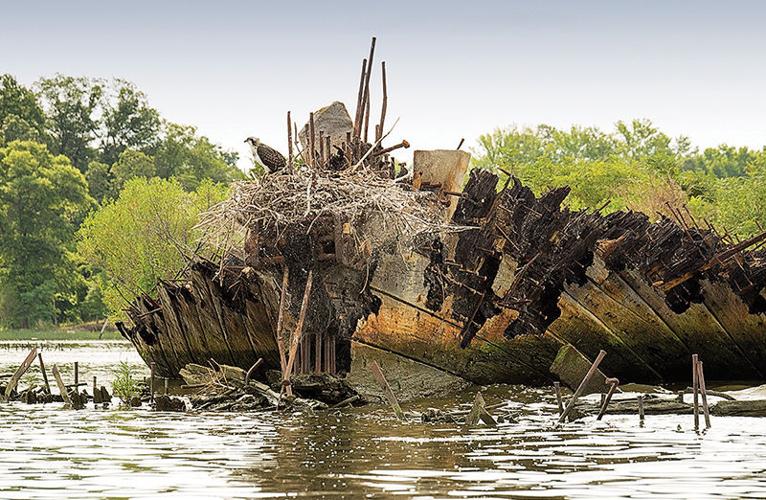 One of the wooden boats in Mallows Bay (Photo: Bay Journal).

In 1931 a total of 169 wooden hulls had already been transferred to Mallows Bay, but the Great Depression interrupted the transfers. After the US entry into World War II in December 1941, the government-owned Metals Reserve Company turned its attention to the Ghost Fleet on the Potomac, in order to recover all the metal it possible. 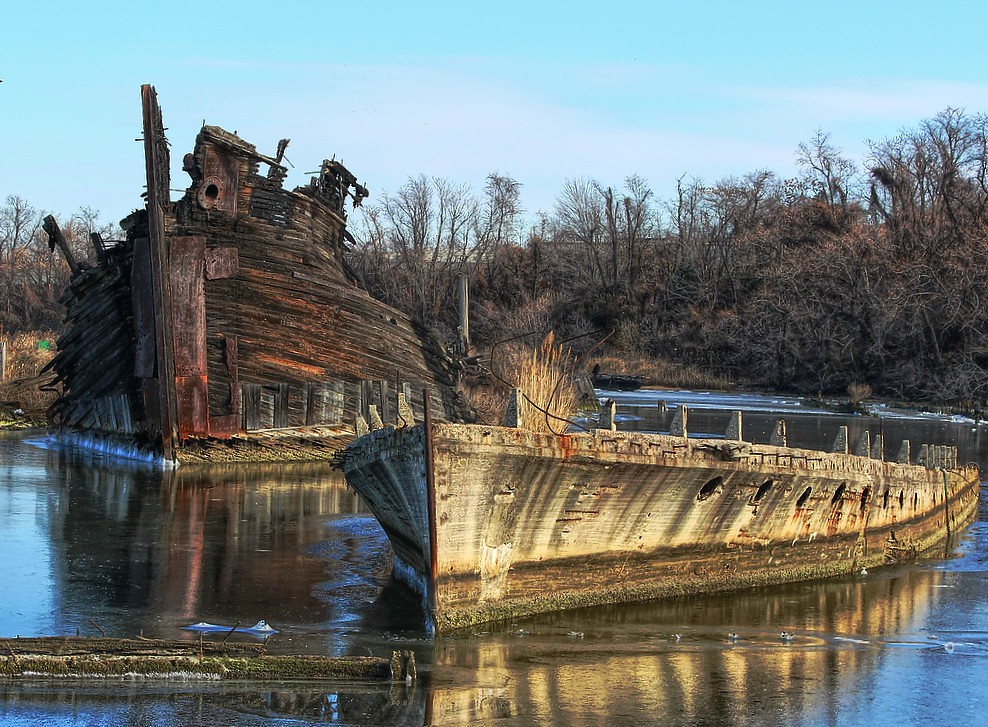 The concrete ship General Morgan Lewis (on the right) and one of the wooden ships from World War I that are part of this Ghost Fleet located on the Potomac River (Photo: Forsaken Fotos).

After the war there was talk of the possibility of removing the wrecks from the Potomac, but a paradox occurred: the remains of wood from those ships had created their own ecosystem, very suitable for all kinds of birds, so it was decided to keep them in that place. In 2019 the place was declared a National Marine Sanctuary, a site to be preserved.

You can see here a video of the United States Department of Defense on the Ghost Fleet of Mallows Bay: