In 2019 this blog turned 15 years old. There are not many blogs that last so long, let alone those that reach so high, although that was never my aspiration when I started it in the summer of 2004.

At the beginning of 2019 I told you here that years ago it seemed almost impossible that a Christian-inspired blog and that openly defies the leftist ideological dogmas had a large audience in Spain, especially in the case of a personal blog, written by only one person, which does not have advertising or other income, and without more financial resources than those of an autonomous worker who does not receive a penny in subsidies. Until now, Counting Estrelas had been rising little by little, but 2019 has been spectacular: from one year to another it has gone from 7 million to 13 million page views.

What comforts me most about this success is that it has been possible without renouncing the ideology of this blog. Certainly, the fact that the blog has many years and is updated daily influences the result quite a lot, but undoubtedly, the rise of Vox has been decisive in the increase of the audience of this blog. Now there is a party with 52 deputies in the Spanish Parliament with some approaches that are identified with those of this site. Sometimes I like to think that, although in a very small way, Counting Stars has helped in some way to achieve that change in our society, managing to open a small gap between that vast majority of media that subscribe to the social democratic consensus thesis. It seems that something has finally begun to change in the monolithic information landscape we had in Spain.

For my part, I will continue to do what is in my power to consolidate that change: to offer a plot basis for the ideological fight against the left, and report on what others do not want to tell, trying to do it with rigor and love for the truth, and whenever possible making available to the reader the sources and information resources necessary for anyone to have to trust without more than what I publish here. That is the recipe that I have been putting into practice for years, and apparently it works. But even if it didn't work, it's my way of doing things and I think it's right, and if one day that means losing audience, I will gladly assume that result. The important thing in this life is to defend Justice and Truth, although sometimes that makes you reap misunderstandings. We must never lose hope.

I want to end up referring to the most important thing: the people who have made this success possible. I thank my family for the support they have offered me all these years: without them this blog would not exist. I also thank Isaac for his constant technical support: without him, this blog rather than function as a motorcycle would be like a tricycle. Thanks also to subscribers by email and by Telegram and to all those who have the patience to follow me on social networks, especially those who regularly share what I write. Undoubtedly, with this blog I have gotten into a lot of trouble, but the good people I have encountered along the way far outweigh any disgust. I also thank God for this success, because without faith in Him it would not have been possible for me to maintain this trajectory all these years. I leave you with the numbers. Happy New Year to all! 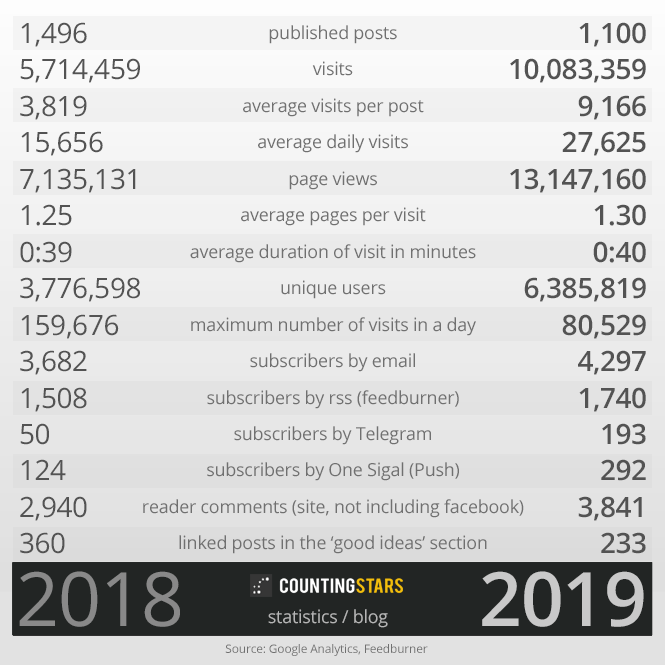 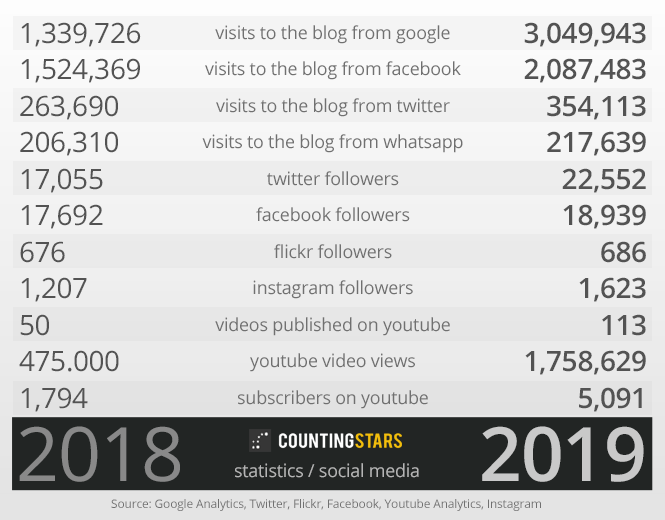