A Vox delegation, headed by the party's president, Santiago Abascal, arrived in Poland on Monday, where they held an important meeting.

Meeting in Warsaw between Vox and the Law and Justice party

The Vox delegation, the third party with the most votes in Spain, also included the party's first vice president for political action and head of the Vox delegation in the European Parliament, Jorge Buxadé, and the Vox MEP Hermann Tertsch. The meeting was held in Warsaw, at the national headquarters of the Prawo i Sprawiedliwość (PiS, Law and Justice) party, Vox's Polish partner in the Group of European Conservatives and Reformists (ECR) and party that currently rules in Poland. The representation of Law and Justice was headed by the president of that party, Jarosław Kaczyński. 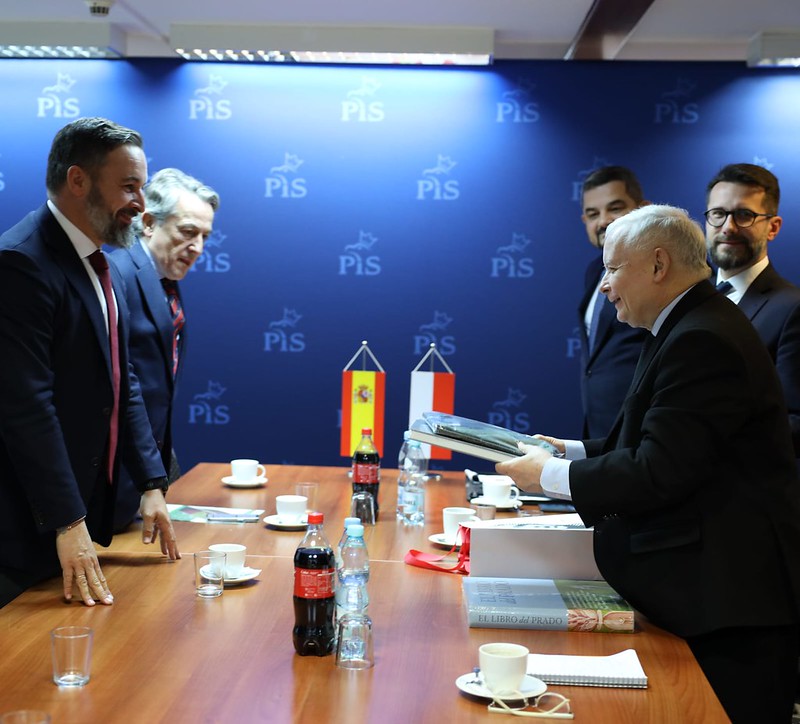 The meeting held yesterday in Warsaw between a Vox delegation and representatives of the Law and Justice party (Photo: Prawo i Sprawiedliwość).

As reported yesterday by the Polish TV, the main topics of the meeting were cooperation between Vox and PiS in the European Parliament, illegal immigration, border protection and aggression Russia against Ukraine.

Radosław Fogiel, Secretary for International Law and Justice Affairs, has indicated that in the meeting held yesterday in Warsaw, "Santiago Abascal, in addition to strongly criticizing the Russian aggression, clearly expressed his support for the full territorial integrity of Ukraine and the principle that only Ukrainians can make decisions about the end of the war, without any external pressure", referring to the political interference of other countries to for Ukraine to cede to Russia and give up part of its territory. 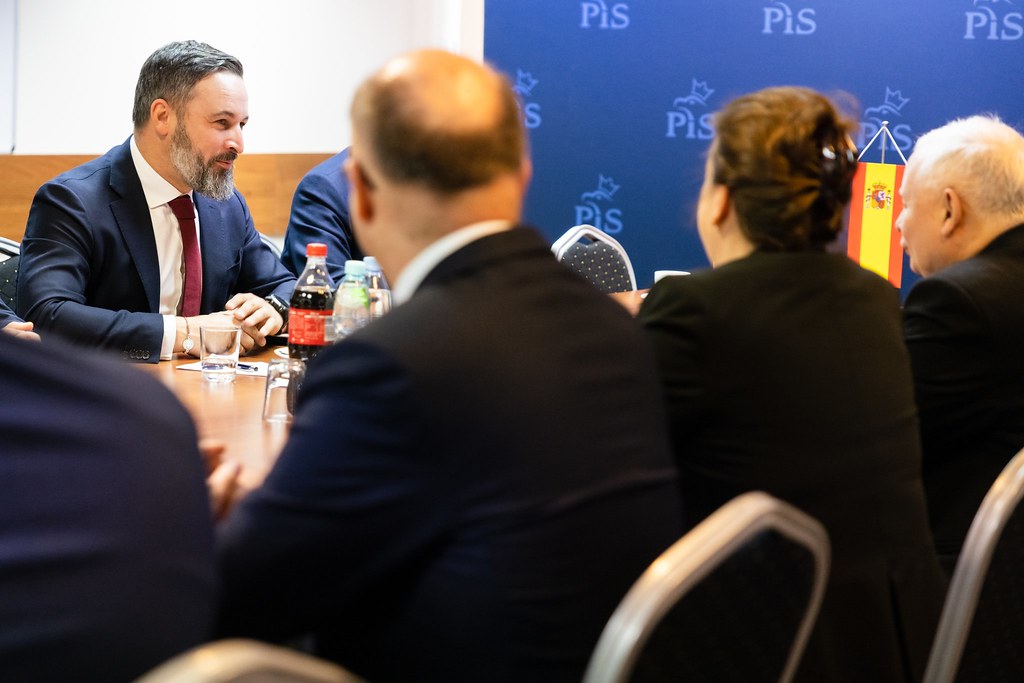 Vox's support for Ukraine's sovereignty even before the invasion

Abascal's message in Warsaw coincides with the position that his party has been maintaining on Ukraine since before the Russian invasion on February 24. And it is that Vox already sided with the Polish government in its support of Ukraine's territorial sovereignty on January 24, 2022, one month before the invasion began, since Russia had already been mobilizing troops on its border with Ukraine and in Belarus for several months. Once the invasion began, on March 2, from the rostrum of the Congress of Deputies, Abascal reaffirmed Vox's support for Ukraine and denounced the ultra-left's support for Putin, in reference to Pedro Sánchez's communist associates, who are among the most pro-Russian parties in Spain, according to a report published in June by a European NGO. 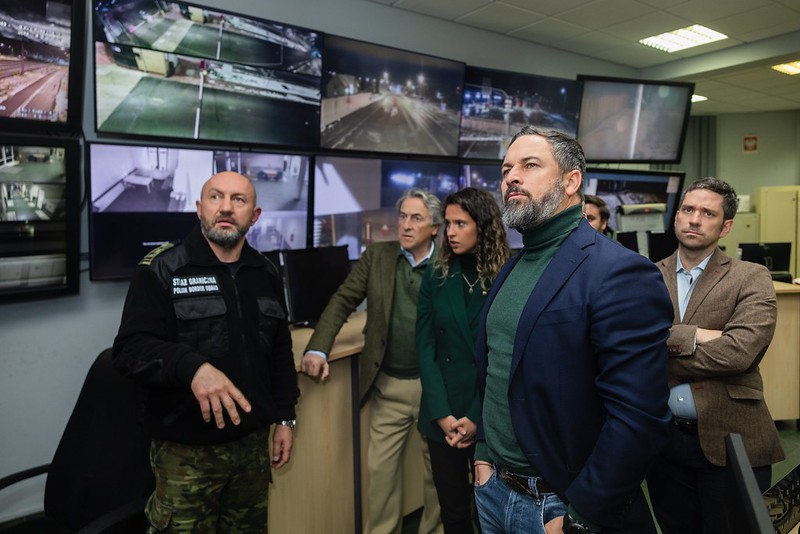 On the issue of immigration and border protection, the Vox delegation expressed its support for Poland with a visit to the Polish Border Guard Regional Unit in Podlaskie. This Polish voivodeship, bordering Belarus, has been suffering migratory attacks organized by the Aleksandr Lukashenko dictatorship (backed by Russia) for more than a year. The migration attacks are organized by the Belarusian military, which tells the migrants (brought by Belarus from Middle Eastern countries) where to go to try to cross the Polish border illegally. A miserable human trafficking for a political purpose: to destabilize Poland. 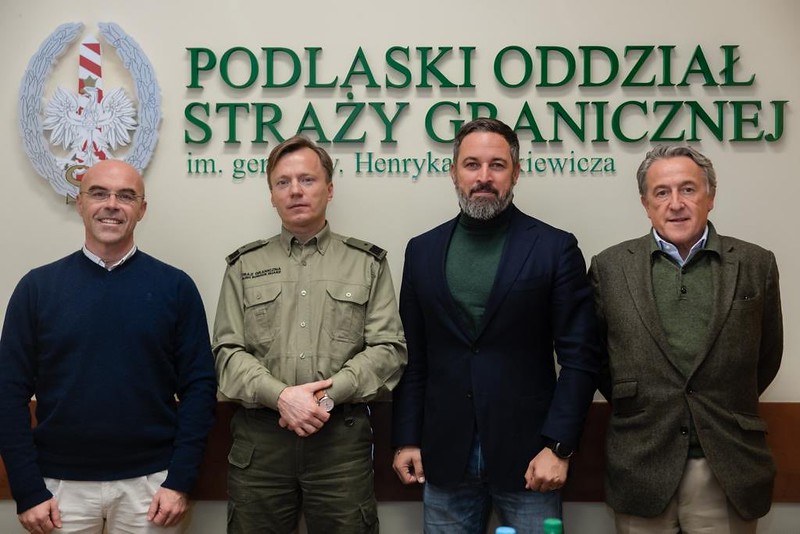 Members of the Vox delegation on their support visit to the Polish Border Guard (Photo: Hermann Tertsch).

Santiago Abascal pointed out yesterday: "The Polish border it was stormed by thousands of illegal African and Arab immigrants sent by Putin's allies from Belarus. Today we have visited that border, and we have seen how the Polish government is acting to face the gradual invasion of Europe." Likewise, Hermann Tertsch declared: "Poland fortifies its border with Belarus with a fence to prevent Lukashenko, Putin's puppet, from sending more immigrants to the EU. Countries protected by this fence they have the hypocrisy to criticize it. VOX has gone to celebrate it and support the Polish Border Guard."

A migratory offensive that was responded with weakness by the EU

That migratory offensive was carried out against Poland and Lithuania - and still continues today on the Polish border with Belarus - and received a weak response from the European Union, a passive attitude that it possibly served as an incentive for Putin to take the next step: the invasion of Ukraine. 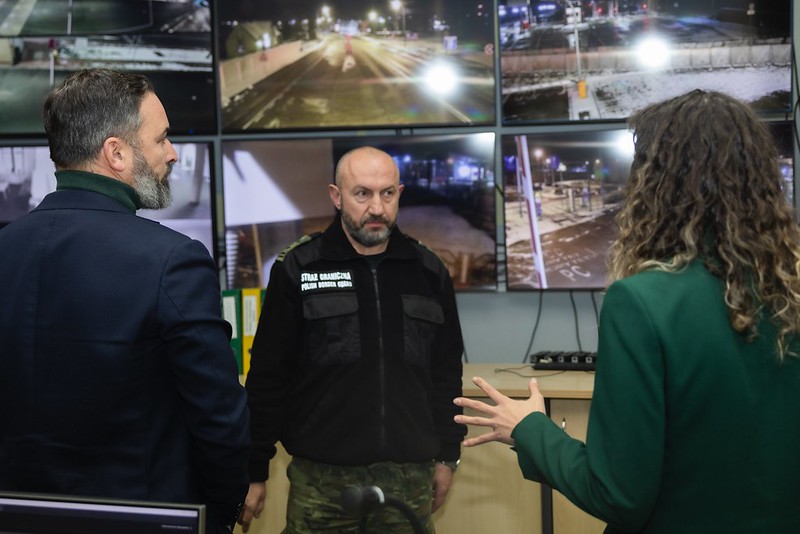 Vox has been supporting Poland against this offensive since its inception

Already in September 2021, at the beginning of that migration offensive against Poland, Vox alerted: "Putin is neither trustworthy nor respectful of human rights, the EU must be firm and united against Putin's Russia." In November 2021, Vox showed its support for Poland against this migration offensive, noting: "Poland is giving a great lesson to Europe on how to defend its sovereignty and its borders against the organized migratory invasion". Likewise, Vox alerted: "Today the target it's Poland, but tomorrow it could be Germany, France or Spain". 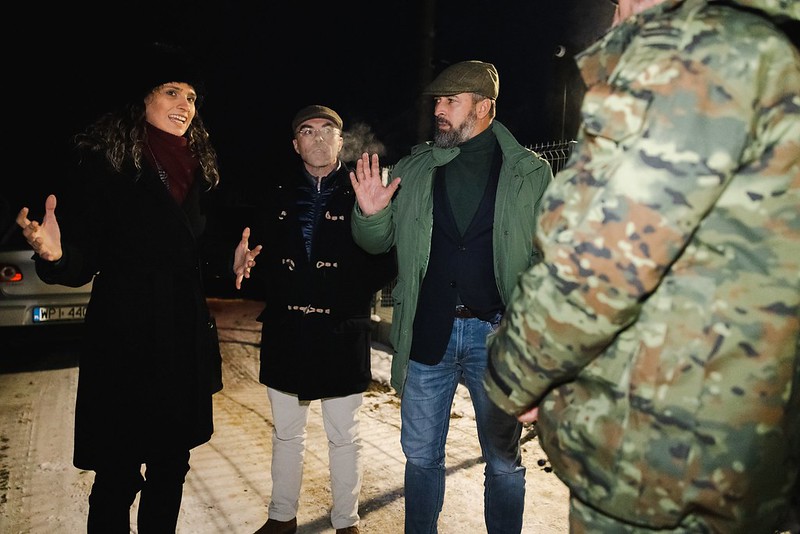